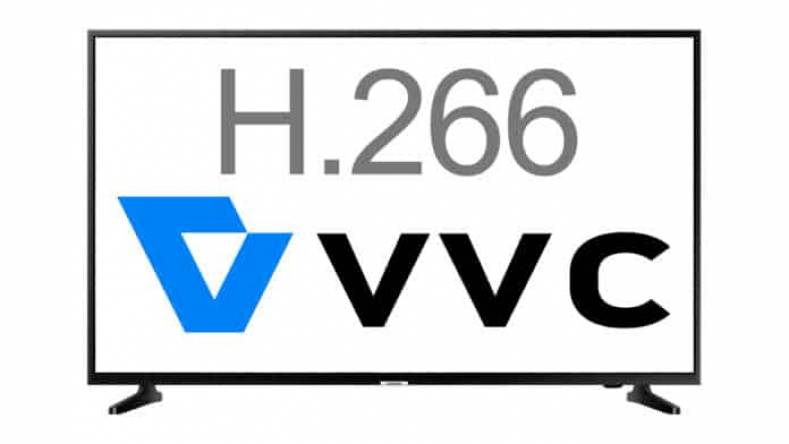 VVC answers the call for a new codec that can deliver video and high quality using the least amount of bandwidth over long distances.

The most recent Annual Video Developer Report released by Bitmovin, a provider of cloud computing and streaming technology for media distribution, finds that for the first time ever usage of the H.264 codec has dropped, from 92% to 83% (of a pool of 538 users in 65 countries). Low Latency, at 41%, was deemed the biggest challenge to video streaming.

These findings and more illustrate the insatiable need for a better codec that can deliver high quality video (and audio) using the least amount of bandwidth over long distances.

That new video codec, called the Versatile Video Codec (VVC or H.266), is promising to help stream content much faster and with less bandwidth than its predecessors. For consumers, video compression makes it easier to transfer these files over the internet without burning through data limits in a few minutes, and ensures smooth playback with minimal buffering. For example, a seven-minute 1080p video could roughly burn 200-600MB of your data, depending upon the codec used.

These performance gains come at an opportune moment, as efficient video encoding grows ever more important to streaming services’ business success. Another study, this one by Ericsson released last year, forecasts that, even as total mobile traffic worldwide is set to quadruple by 2026, the proportion of that traffic for which video accounts will grow from 66% to 77%—assuming that the industry continues to employ ever-more efficient compression technology.

Proponents say that because H.266/VVC was developed with the ultra-high-resolution video content in mind, the new standard is particularly beneficial when streaming 4K or 8K videos on a flat-screen TV. 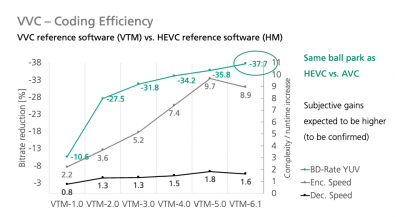 Some of the standards currently used across the web for video streaming are AV1, H.264, like H.265/HEVC (High-Efficiency Video Coded), VC-1, and Apple ProRes. Like VVC, most of these use a mathematical concept called Discrete Cosine Transform (DCT) that identifies redundant pixels in an image that could be discarded while compressing it, without significantly affecting image quality.

Now we have VVC, which was developed by the Joint Experts Team (JVET) of the Telecommunication Standardization Sector (ITU-T) — specifically the study group 16, which began their work in the fall of 2017 and completed the final standard in July 2020. The team was formed by experts from the Moving Picture Experts Group (MPEG), the ISO/IEC group and the Video Coding Experts Group (VCEG)—part of the ITU-T group.

The VVC codec was finalized in July 2020 after five years of work. Fraunhofer Heinrich Hertz Institute, based in Germany, was one of the developers of the standard and, for the first time, a team led by Benjamin Bross, the head of the video coding systems group at Fraunhofer HHI, is developing a free, open-source encoder and decoder for the standard.

Bross said that a more efficient codec became necessary as more phones and devices now support 4K image capture, file delivery and storage. When the standard was released, Fraunhofer HHI said that the HEVC standard takes up 10GB of data to stream a 90-minute long 4K video file. In comparison, H.266 uses only 5GB of data to stream the same file. Other members of the JVET include Apple, IBM, Huawei, and Nokia. 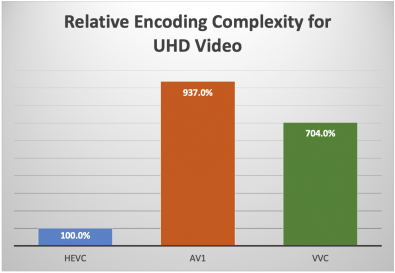 Bross said that along with the increase in video quality, data consumption is also increasing, and current broadband bandwidth is not able to keep up. The idea then was to develop a codec that was 50% more efficient than the current state-of-the-art AVC.

So, what’s the real advantage of H.266? The primary goal for any new video compression standard is to reduce the bandwidth a video takes up while preserving the fidelity as much as possible. Early tests suggest that H.266 achieves 40%-50% better compression rates than HEVC, which is currently used by Apple in iPhones. That could mean that you can stream an episode of your favorite series by using almost half the data.

The JVET decided to develop VVC for applications beyond video streaming. The standard has support for distributing 4K to 8K videos seamlessly, along with support for 360-degree videos. This could be useful in VR and AR applications.

The new codec is designed in such a way that that users can access different regions of a frame directly in the bitstream. So a video streaming service could choose to stream regions of a scene that aren’t very important (or are redundant, like a talking head) in the scene in a lower resolution to save bandwidth.

Currently, India-based streaming platform MX Player is one of the few platforms of the world that has already adopted the H.266 standard to stream its content. Siddharth Mantri, chief product officer at MX Player, told news outlets that while the cost of mobile data has gone down in India, there are still bandwidth limitations that could throttle the quality of videos. He confirmed that the new standard offers the most advanced video compression standard available in the world, and reduces data usage by more than 50%. 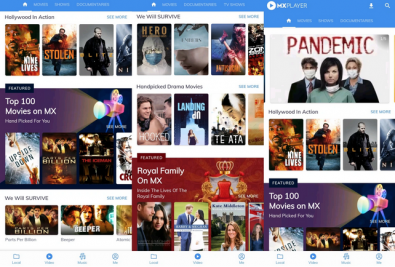 While MX Player prefers to compress and stream its content with H.266, depending on the device and network conditions, company reps said it might have to fall back to other standards such as AV1 or H.265 on some devices until support for the new standard is included in processing chips used in playback devices. Other streaming players will also face this challenge and have to follow suit for a while. Mantri said that the company has been processing and sending content using the H.266 standard for about 20% of its customer base and it has received no complaints.

While both the encoder and decoder are open-sourced, it’s hard to develop them both for all companies. MX Player has built its own encoder, and has licensed the decoder from Tencent, one of its investors.

Licensing companies like MPEG-LA and Access Advance are working on usage licenses for H.266, with a pool of 45 companies—including Ericsson, ETRI, Huawei, Intel, Maxell, Mitsubishi Electric, NHK, NTT DOCOMO, Panasonic, Siemens AG, Sony and Tencent—claiming that they own essential patents of the VVC standard. These companies have begun negotiations to form a single patent pool.

Efficient video compression is critical in many respects to ongoing economic advancement worldwide. The bulk of video currently transmitted over the internet is encoded using the AVC codec (finalized in 2003), and we are approaching the upper limits technologically of what that codec can provide. VVC is poised to meet industry demands for video compression going forward.

Of course, while H.266 looks like an efficient and flexible standard on paper, it’ll take years for it to dethrone current standards such as H.265 and AV1. For example, while HEVC was released in 2013, it was supported in iPhones only by 2017. Therefore we might see support for H.266 in chipsets by the middle/end of 2022, and wider support in devices should follow soon after.