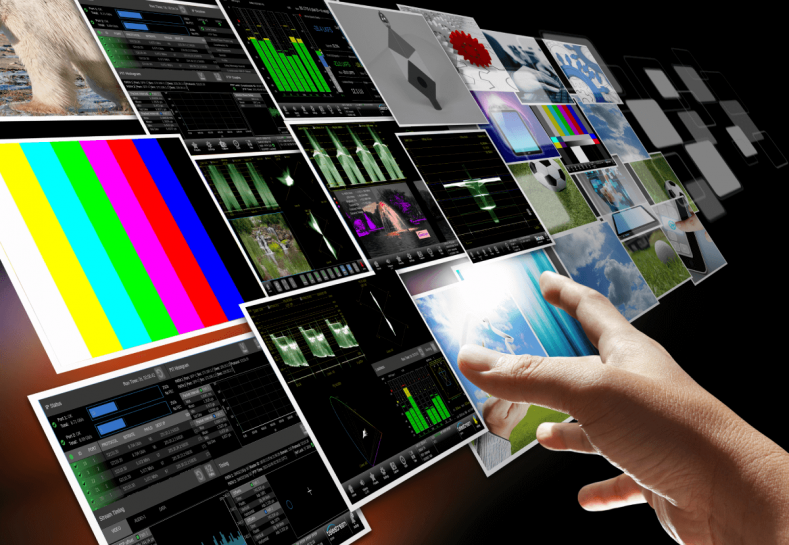 We will see an increase in interoperable, bookable, cloud-based solutions such as Prism from Telestream.

“This trial by fire has shown that new techniques can be deployed, enabling new use cases and cost efficiencies inside a typically conservative industry,” according to analyst Rethink Research.

Rethink calculates that Cloud Production revenues will soar from $601 million in 2020 to $2.48 billion by 2026 as broadcasters shift investment.

Vendors have to take note too. Rather than an all-you-can-eat fixed price, the business of the future needs the flexibility of a pay-as-you-go model to respond to the way consumption habits – both consumer and business to business – are changing. Businesses need to better match variable costs to variable revenues.

“With few exceptions, any suppliers must transition to a SaaS business model as fast as possible [especially those with external investor shareholders],” says analyst Josh Steinhour at Devoncroft. “Any technology professional in the media technology sector (customer or supplier) dithering about moving to the cloud is likely harming their organisation’s shareholder value.”

He adds, “A successful SaaS business model requires more than a reference in sales collateral and an uncompelling purchase option in the price list. It is a lifestyle.”

SaaS - in which the entire application stack, including the application itself, is delivered as a service remains a mainstay of the overall cloud computing market.

Other related categories include Infrastructure as a service (IaaS), which delivers infrastructure components such as compute, network, storage, and virtualisation as services; and Platform as a service (PaaS), which in addition to the IaaS layers, also provides an application development environment via an application programming interface (API) for developers to write to before they deploy their apps onto the platform.

Consequently, analyst Omdia valued the PaaS market at $32 billion in 2021 (for all industry sectors) meaning PaaS grew 39% year on year, compared to IaaS’s 32% and SaaS’s 28%.

“PaaS is clearly proving to be the most popular delivery mode for cloud computing of late, enjoying the fastest growth rate overall,” states its report Ahead in the Cloud.

Omdia’s separate ICT Enterprise Insights survey for 2020/21 highlights that M&E-specific applications — such as MAM and playout — will be hosted on both on-premise and multicloud service providers going forward. Rather than reliant on one cloud service provider (a risky business putting all eggs in one basket) media companies want to take advantage of the strengths of each.

Per Omdia: “AWS excels in the breadth and depth of its services, while Microsoft’s dominance in office productivity makes it a favoured destination for certain types of workload, and Google’s strength in AI gives it an edge for any analytical application leveraging AI. Such multicloud environments are also quite often hybrid, with at least some functionality still residing on the customer’s premises.”

Since most M&E enterprises have invested heavily in on-premises infrastructure, writing off such investments will not be feasible in the short term. The most likely scenario is the development of hybrid multicloud infrastructures, with some functionality remaining on the provider’s premises while other parts move into the cloud in some combination of public cloud/IaaS or PaaS, on-premises, and SaaS.

MovieLabs, the US studio funded thinktank, has also identified cross-cloud interoperability as important for hosting large scale film and TV productions in the cloud. MovieLabs wants to find a way for assets such as raw footage and editorial, can be ingest into one CSP in one part of the world, worked on by editorial in another location and streamed to creatives working elsewhere.

Opening Up To New Operating Models

The technology is moving at pace and taking business models with it. In part this is an accelerated response to the changing nature of work - particularly the recent proliferation of freelance and remote workers. More organisations are shifting from rigidly hierarchical structures to ones that permit greater organisational agility in order to quickly reorganise teams and respond to change.

Broadcast investment is no longer about monolithic hardware stacks and permanent facilities but software and services running on commodity machines that can be scaled and customised at will.

Similarly, tech vendors and service suppliers need to offer their products as a Service to cater to the way that media organisations want to prioritise operational over capital expenditure.

With systems running on hybrid cloud deployments, utilising the full potential of private and public multi-cloud solutions combined with software-defined workflows, the industry stands ready to deliver the quality and flexibility required.

Only a year ago, one of the biggest decisions for anyone looking to implement, replace or upgrade part or all of their media supply chain was where to put it – on-premise, in a private cloud, in the ‘public’ cloud, or some hybrid of the three. Today, for the majority of media organisations, it is almost taken for granted that at least some of the infrastructure and services will be cloud-based.

What or how much is on-premise depends largely on legacy storage or systems that need to remain operational. Cloud-based platforms are already helping to reduce those start-up costs and diminish risk. With minimal initial investment, systems can be spun up and, especially in integrating other systems, sandbox and staging systems can be managed cost-effectively.

There are already excellent examples of existing cloud-native supply chains, such as A+E Networks, Discovery, ViacomCBS and WarnerMedia, embracing this journey to the cloud. They recognise that moving to the cloud not only helps them become more efficient, but it gives them newfound agility to pursue new opportunities much faster.

In 2022 look to more broadcast supply chains to migrate to the cloud, from ingest through delivery. For many organisations the goal is to push content directly into the cloud from the point of ingest or acquisition, and never have it come back to the ground until it reaches the viewer’s device. This kind of efficiency and agility will allow broadcasters to scale the number of channels and services they can offer dramatically.