Net Insight has diversified into the fast-growing field of 5G synchronization by landing a contract with Türkey’s biggest telco Türk Telekom, the former state-owned incumbent.

The company declared the agreement, worth SEK220 million ($26 million) over five years, as its largest ever and also first of its kind in this new sector for mobile timing, which will be much bigger in the 5G era than in previous generations. The deal is significant in highlighting opportunities in 5G for companies in the broadcasting and media transport sectors where timing is also critical.

Indeed, for Net Insight this contract expands on a long-standing relationship with Türk Telekom in areas of its core competency including media transport, and this helped lead to the adaptation for mobile networks. The Swedish vendor, best known for IP media transport, will now develop the new product set on the back of that core technology and enhance it for future increasingly stringent time synchronization requirements in partnership with Türk Telekom. There will also be scope for application of the synchronization technology in other fields, but the primary focus for now will be 5G, according to Net Insight, because of the huge growth potential, which promises to elevate the company to become a more significant player than it has ever been in media transport.

Currently Net Insight is running at just below $50 million revenue a year and had briefly looked like breaking through that on the back of its Sye technology developed to synchronize broadcast with online video distribution. That was sold to Amazon in January 2020 for SEK350 million ($41 million), which while providing a healthy injection of cash looked like an admission of failure to expand into that field for synchronized and low latency video transmission. It now looks as if that cash was spent wisely on this new expansion, with potentially considerably greater pay back.

The telco chose Net Insight partly because the technology is independent of GPS and can provide time synchronization over existing networks, so that 5G can be rolled out in so called Non-Standalone mode in the first instance without replacing or upgrading existing nodes in the networks, which reduces costs significantly. The deal is worth SEK55 million up front for product development, with another SEK25 million for the initial order as product delivery starts this year. The remaining orders for an entirely new version dedicated to 5G will start to be delivered towards the end of 2023, with completion in 2026.

“This is our single biggest order ever and an important milestone in the company’s history,” said Crister Fritzson, CEO of Net Insight. “We are creating a new business offering with a new product selected by one of Europe’s biggest telecom operators. There is a large total market for 5G synchronization with an estimated future annual value of over $1 billion. The collaboration with Türk Telekom enables us to broaden the scope of our business in an area where we have core competencies, time synchronization, and this agreement confirms the technology.” 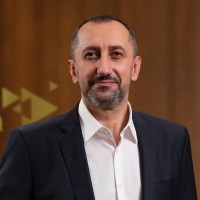 Türk Telekom CEO Ümit Önal added: “We see considerable market potential for this innovative solution, which will reduce costs and speed up the roll-out of 5G for mobile operators globally.”

The need for synchronization in the Radio Access Network (RAN) had grown even under the 4G era, but becomes more critical with 5G for several reasons. Firstly, 5G is committed to supporting Ultra Low Latency use cases, including interactive video, where end to end delay must be kept below 1ms locally, which does not leave much margin in the radio units or switching infrastructure. Fundamentally though, tight synchronization is required to prevent radio interference compromising performance and reliability at the higher data rates and radio frequencies up to 50 Gbps or more that will be supported under 5G alongside existing ones. The less accurate the timing source, the higher the probability of time shifts that will make interference likely.

A critical point is that 5G has introduced time division duplex (TDD) for the first time in the cellular sector, where both uplink (UL) and downlink (DL) signals share the same radio channel to improve spectral efficiency. With this sharing the tolerance for mistiming is reduced to about 1.5µs, compared with 10µs for the previous FDD (Frequency Division Duplex) environment, where uplink and downlink signals had their own separate frequency channels.

Yet another factor which emerged under 4G but is becoming tighter under 5G is the growing use of sophisticated multi-antenna technologies under MIMO (Multiple Input Multiple Output) and beam forming, requiring very precise alignment and again synchronization. Under MIMO, a transmitter sends different data streams in parallel on the same frequency from multiple antennas, with the receiver detecting these and separating them to recover the data. This requires highly precise timing because the signals from each antenna arrive just slightly offset.

There are various ways timing can be provided and some of the techniques have already been developed for fixed line networks. One is the Precision Timing Protocol (PTP) that was developed to enable predictable deterministic delivery of data over Ethernet for example, which was fundamentally a best effort network based on collision detection and backoff.

The main objective for 5G is to ensure synchronization of all nodes to a primary reference time clock (PRTC) source. Since that source may vary in location according to the network topology and application, use of a grand master clock synchronized to a reliable source, typically a satellite, feeding boundary and slave clocks, allows network nodes to be aligned to a common time and phase.