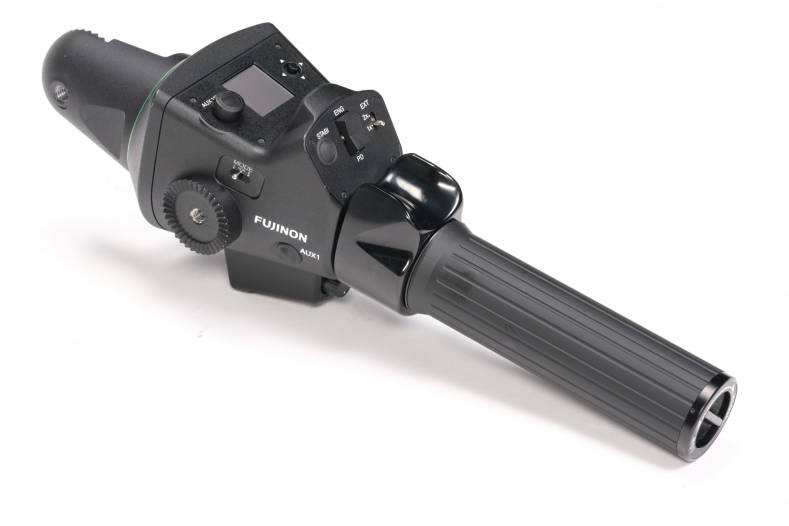 The UA107x8.4 is a 107x zoom model with a newly-redesigned image-stabilisation mechanism and makes 4K video-shooting easier than ever when combined with the ERD-50A.

The new UA107x8.4 is a 4K-compatible broadcast lens that offers an ultra-high 107x magnification zoom, covering the focal length range from 8.4 mm to 900 mm. Equipped with the newly-redesigned image-stabilisation mechanism with enhanced performance, the new lens can accurately correct image blurs caused by winds or shaking of the footing without any time lag, providing added stability in video shooting. It is newly equipped with a built-in LCD panel, which allows users to adjust shooting settings in detail.

The ERD-50A is a zoom rate demand unit that features a highly-visible LCD panel and a four-way operation button for intuitive and uncomplicated operability. When combined with the UA107x8.4, the unit allows users to choose the zoom curve optimum to a given shooting scene out of 200 options*1 zooming in to an athlete swiftly and accurately for dynamic live sport coverage or delivering ultra-slow and smooth zooming into a musician for expressive live music coverage. The unit also carries an AUX button, to which a frequently used function can be assigned, and comes with a display for checking shooting settings, including functions assigned to the AUX button and the on / off status of image stabilisation, whilst shooting video.

Fujifilm is introducing the UA107x8.4 and ERD-50A, which enhance the usability of 4K video systems, to cater to the ever-increasing demand for easier high-definition video production.

The two products will be released in late November 2021.

*1 These options are also available when the unit is combined with the 4K-compatible broadcast zoom lens.