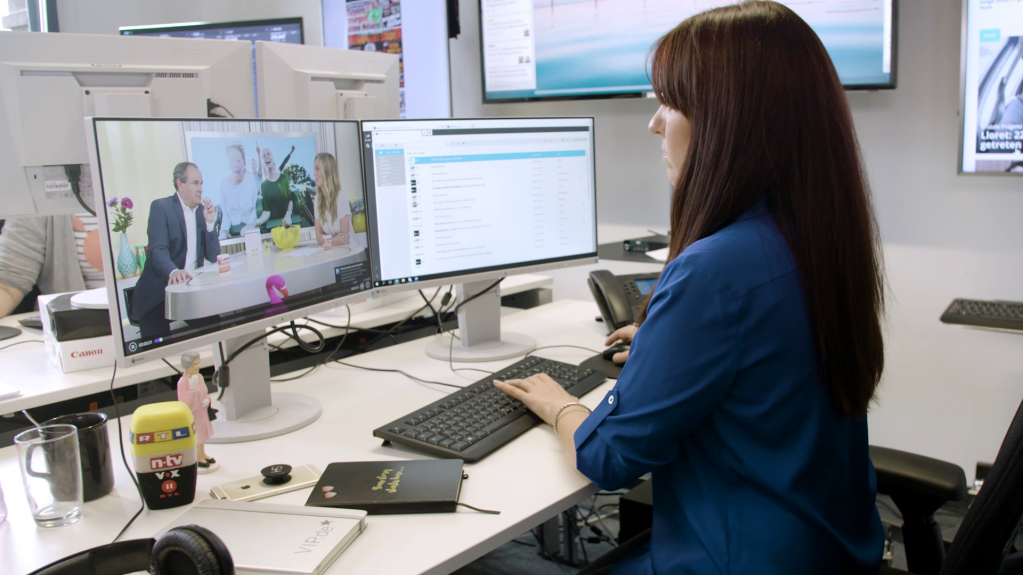 The phrase media supply chain is increasingly ubiquitous within the industry, and crops up everywhere from marketing materials to magazine articles. It’s also a fairly new one too, though, so it’s worth unpacking what it means, why it is becoming so important and how you can benefit from it.

We have written an eBook that delves into the subject in detail, but for now let’s look at some of the fundamentals that underpin the concept.  The industry has been making digital video for years. The workflows are well established and Media Asset Management tools have been around for over two decades, allowing multiple media organizations to manage their media files and the metadata that is associated with them.

What has changed in recent years, however, is the business model that drives all this. The rise of streaming and the arrival of social media has led to a fragmentation of what was once a well understood media landscape. The net result is that more content is needed more of the time, and the media that is produced to fill that need has to be repurposed for many different platforms at speed.

This is why the media supply chain has come into existence and there is a direct analogy to an established industry, the automobile industry, that can be used here.

Henry Ford established the production line in the early 20th century, standardizing parts and processes so that end products, in this case the Model T Ford, could be made quicker and cheaper than ever before. However, standard product line methodologies also tend to be wasteful in that you need a large stock of parts to service the constantly moving production line.

The last decades of the 20th century saw the introduction of the Toyota Production System (TPS), the precursor to what has become known as LEAN methodology. This eliminates waste by relying on the principles of just-in-time manufacturing — making what is needed when it is needed — and what is known in Japanese as ‘jikoda’, automation with a human touch.

Toyota achieved such success with these concepts that very soon all large scale automobile manufacture worldwide switched to the TPS system and it started to spread rapidly to other industries. And while at first glance automobile manufacture and video production don’t seem to have much in common, the core concepts map well onto the requirements for the media industry.

Just-in-time concepts can be applied to the number of versions and file formats that modern video content needs to be supplied in to an expanding range of video platforms. If we can store the video, audio, caption and metadata in a componentized mezzanine form, then we only need to create the distribution versions as and when they are needed. That means we can dramatically reduce the storage required and thereby eliminate waste. And jikoda’s understanding of automation can be seen in the increasing use of AI for repetitive processing tasks and performing triage within workflows, referring the decisions that require creativity and judgement to human operators.

Together, these form the basis of what we know as the modern media supply chain.

The Five Pillars Of The Modern Media Supply Chain

All in all there are five basic elements that support the modern media supply chain. These have to work together in as harmonious a way as possible to allow the chain to function at peak efficiency. They are:

Implementing all this is, of course, not without its challenges. For example, if we look at the Transformation pillar, there is a huge industry-wide effort that has been focused on creating standards and specifications for passing media reliably between organizations. Despite these efforts, some of which stretch back decades, it is still common to see media requirements that feature a long list of input formats as separated media wrappers, video codecs, audio formats, and codecs and sidecar/metadata. The same also holds true for output, with little or no information on wrappers, video, audio, and sidecars, and how they might be combined or indeed how that combination will be received or consumed.

The result can be the construction of a system that, unless care is taken, adds complexity instead of taking it away, and a workflow that ticks all the right boxes on paper but doesn’t actually meet the criteria set for its success.

As such, we need to take care when designing media supply chains. We need to specify precisely what we want to achieve with them, understand where they fit into the wider broadcast ecosystem — do we want to implement connections to advertising inventory management, for example — and decide how it should be implemented (though fortunately both BYOS, build your own system, or BIY, build it yourself, no longer has to mean starting from scratch or complete custom development).

The result though is very much worth the effort and leads to the creation of a far more agile chain that can respond to the changes in the market, adapt to new consumer demands, dramatically reduce time-to-market, and leaves media organizations leaner, more efficient, and ready for the future.