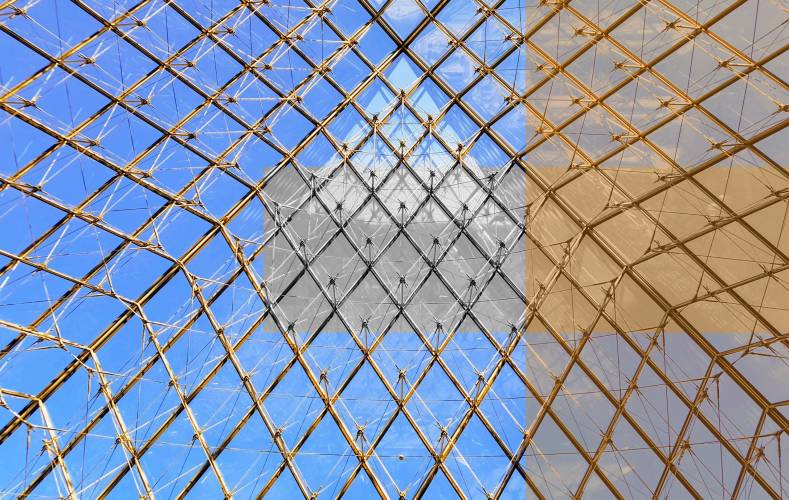 In recent years, the fiber optical backbone speeds have increased at a massive rate. It was only in 2010 that 40Gb and 100Gb ethernet speeds were considered state-of-the-art, by 2020 we now have 400Gb with 800Gb, and 1.6Tb is predicted for 2030. These speeds have been empowered by advances in fiber optic cable design and wavelength division multiplexing (WDM) technologies.

IT Is Delivering
The point is IT networks now surpass the sort of network speeds needed by the broadcast industry. At least in point-to-point configurations. Although possible, it’s unlikely that a studio or stadium will have 130 cameras, and this leaves open the option of using alternative topologies to the traditional broadcast centralized configurations.

Since the inception of IP broadcasters have generally been thinking in terms of spine-leaf architectures. These have the advantage of being predictable in terms of latency and have a relatively good level of resilience. However, they are hierarchical and congestion points soon manifest themselves if careful system design isn’t employed.

Mesh networks differ from the spine-leaf architectures as they can be fully connected, dynamic and non-hierarchical. Each node within the mesh acts as a switch or router and is aware of the other nodes within the network. They have the ability to exchange routing information and if each node has more than one network connection the network can self-heal if a fault occurs.

Synchronous Distribution
TDM is a synchronous method of distributing data across network links. It not only has the advantage of employing fixed latencies but is predictable in terms of its capacity and signal throughput. Unlike packet switched networks, every data packet has an allocated slot in the TDM frame so buffer utilization is kept to a minimum at the receiver.

Through high-speed switching fabrics, two network connections can have their data slots in their frames exchanged, this in turn provides a routing system. For example, if a mesh node has two network connections NET1 and NET2, and a video service is using TDM slot 10 in the NET1 input feed, the node will take the data from this slot and insert it into a free slot within the NET2 connection, thus providing routing. This methodology can be carried out for any type of service as the node is switching application agnostic data within a time frame between synchronous networks.

Although the nodes are aware of each other within the overall network, it is normal practice to provide a method of management to facilitate routing and fault detection. Software defined networking lends itself well to this application and an entire mesh network can be built using it.

Reducing Congestion
The non-hierarchical nature of synchronous mesh networks means that there is less possibility of congestion. It’s possible a network may reach its full capacity as all the data slots within a TDM frame could be utilized, but this is highly predictable and well within the control of the SDN management software.

Spin-leaf networks also use SDN type architectures but maintaining low latencies and reducing the risk of over oversubscription within the switches and networks is much more complex. This is mainly due to the monitoring methods adopted by the SDN system. Network switches use systems such as OpenFlow to gather monitoring statistics on their ports including datarates, packet loss and jitter. Although these are often used, their accuracy is a function of the switches ability to measure and report.

Gathering these statistics is often the role of the SDN and it uses this data to optimize the network, provide routing and predict oversubscription and latency issues. However, by virtue of the fact that the monitoring information has been integrated, passed to the SDN servers and then processed, the control is always reactionary. Very occasionally predictive systems can be used to announce the possibility of congestion etc., but there is always a compromise with such systems and false positives can easily occur.

Comparing Leaf-Spine To Mesh
If we contrast the leaf-spine and mesh topologies, it’s clear that the mesh networks are much more predictable in their latency and subscription capacity. The very nature of the time domain multiplexing means that every data packet from an SDI, AES or control channel, always has an allocated slot within the TDM connection between nodes. The SDN managing the network knows exactly how much capacity is available and where the data packets are within their journey.

Just as an IP packet has no knowledge of the data it is carrying and nor does it care, the same is true for TDM mesh networks. As far as the transport stream is concerned, the data slots are just transporting application agnostic data from one node to another. It’s most probable that the higher level SDN software is aware of the data service, for example an HD video service, and this service autonomy is what makes TDM incredibly flexible for broadcasters.

The mesh network can easily transport video, audio, control data and even IP and ethernet packets. The non-hierarchical nature of the network topology lends itself well to self-healing systems and the synchronous time domain multiplexing keeps latencies predictably low and network congestion at an absolute minimum.

Mesh networks employing TDM work well for localized networks, but they can be routed through gateways to expand the LAN to WANs. In the next article in this series, we look at the Eurovision Song Contest as an application of TDM Mesh Networks.