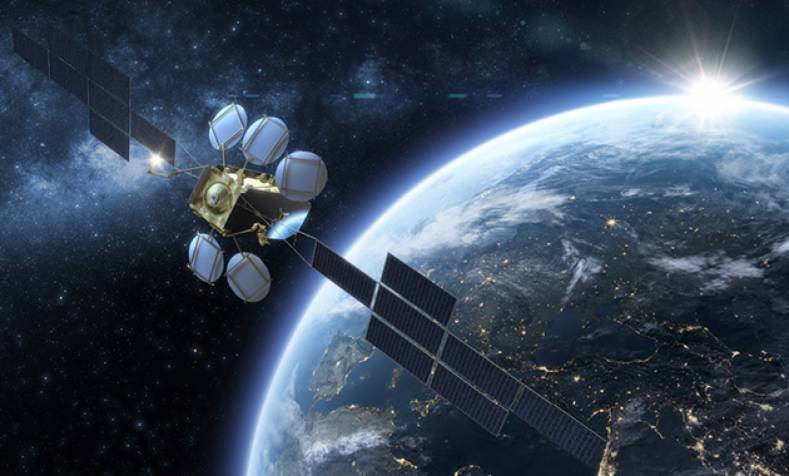 Eutelsat is hoping gains from developing markets will atone for decline in DTH service revenues in Europe and North America.

Over the longer term though the established economic model of high-volume linear TV distribution, often over large geographical areas, that has sustained satellite pay television for three decades, will come unstuck.

This is already happening in North America and Europe as content fragmentation and OTT distribution cause broadcasters to re-assess the economics of satellite distribution in comparison with terrestrial and cloud platforms. This conclusion has been reached by, among other analysts, Carlos Placido from the US space and satellite consultancy Northern Sky Research (NSR). Placido argued that the combination of continuing content fragmentation and increasing scope of OTT distribution globally is eroding the cost advantages satellite video distribution has traditionally enjoyed for linear content.

The proliferation of cloud platforms bringing greater agility in matching supply and demand, combined with expansion in terrestrial connectivity from the core to the last mile, are also chipping away at the satellite DTH model, according to Placido.

A further factor is the displacement of satellite by OTT distribution as the primary medium for premium quality content with the trend towards Ultra HD. While satellite was at the forefront of the earlier migration from standard definition to HD over a decade ago, Ultra HD and especially the 4K component bring higher 2160x3840 resolution, has been driven by OTT providers such as Netflix, Google’s YouTube, Amazon Prime, HBO+, Disney+ and Apple TV, among others. “Linear 4K content delivered over satellite is limited to high-impact live events, such as the Olympics or the FIFA World Cup,” Placido wrote in a recent blog.

The major factor impinging on DTH though is the economics of linear distribution, expressed as two related measures, revenue per unit of bandwidth and aggregate demand for content by number of channels typically. Until quite recently proliferation in more niche “long tail” content drove up the number of channels that could be accommodated over satellite platforms, as a result of greater compression and increased transmission capacity. But continuing fragmentation and globalization of distribution, growing competition for viewers and falling terrestrial distribution costs, have eroded satellite’s ability to cater for rising consumer content demand. Furthermore, while satellite is efficient for regional distribution, OTT, with the help of global terrestrial CDNs (Content Delivery Networks), is better placed for reaching dispersed niche audiences or diaspora worldwide.

NSR has long been tracking the global mean price earned by DTH over the various operating frequency bands for video as it changes over time and the curve has been steadily falling for some years now. The measure is in dollars earned by MHz of bandwidth per month, and this has fallen by between 33% and 44% for C and Ku-band capacity in video distribution and DTH over the five years 2016 to 2021, according to Placido. Hovering around $3000 in 2016 the levels have slid to $2000 or less now, just $1500 in the case of video in the C band.

The point here is that growth in number of channels as bouquets expanded and satellite TV services continued to attract new viewers, compensated for the decline in revenue per MHz until around 2016. Since then, satellite platform operators such as Eutelsat, Intelsat and SES, have been turning to network services delivering data to compensate for falling DTH and direct video services.

As a result, the proportion of total satellite platform revenues accounted for by data services has grown steadily over recent years at the expense of DTH, generally now above 50%. However, over the last year or two, there are signs that the rise in revenues from data is no longer fully offsetting the fall from direct video and TV.

For example, Luxembourg based SES, one of the biggest platforms, reported a fall in both revenues and profits for 2020, with the former down 3% at 1.8 billion euros ($2.19 billion). In line with other operators its networks business continued to grow, generating 5% more revenue in 2020 than 2019 at 759 million euros ($922.4 million).

Belmer has dismissed the view that Netflix and other OTT providers are displacing satellite as very Euro-Americano-centric. He noted that these OTT services are often distributed within satellite packages, but most importantly demand for DTH distribution is still rising in key emerging markets.

While OTT has taken hold in emerging markets, satellite continues to grow because of its ability to reach 100 percent of populations in a geographic area, and groups who speak a common language beyond national boundaries, Belmer contended. He noted that demand for content in local languages was a driving force for satellite growth in Africa, the Middle East, Central Asia, and Latin America.

It is India though that looks like generating the strongest DTH growth in volume terms, partly on account of its size. Almost all surveys predict DTH in India actually increasing its share of an expanding pay TV market over the next five years.

For example, Media Partners Asia (MPA), an advisory and consultancy group, has forecast that the number of active DTH homes in India will rise from 58 million in 2020 to 68 million in 2025, up from 46% to 51% of the total, overtaking cable TV as its share subsides from 54% to 46%. Currently those are the only two linear TV distribution media in India, but IPTV is launching in 2021 and expected to pick up a 3% share by 2025.

While some other pay TV forecasts for India are slightly less bullish, the broad trend is clear, that DTH is gaining ground there. The global picture is therefore mixed, with a longstanding decline in DTH masked at least over the next few years by expansions in some developing markets, along with growth in data driven network services that themselves include some OTT video.