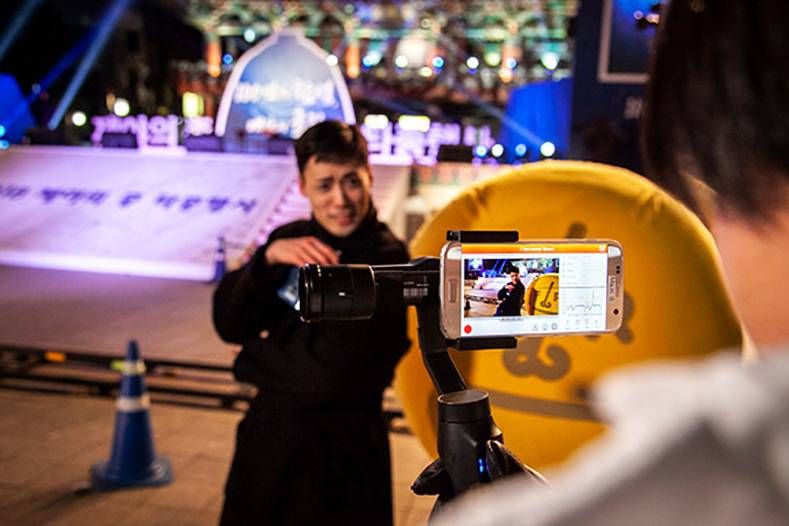 SK Telecom, in South Korea conducting one of the first live TV broadcasts over a commercial 5G network in 2019.

The recent news that NTV has become the first Russian TV channel to experiment with 5G broadcast, one of many such transmission tests that have been conducted over the past 18 months, illustrates that broadcasters see a bright future in the next-generation cellular data delivery system.

Before the pandemic hit, U.S. country-wide integration was predicted to be complete by the end of this year. Early versions of 5G service to consumers has already launched in many metropolitan areas of the U.S. and it’s already seen widespread deployment in South Korea. At its best, we are talking about fiber-like signal distribution performance in the palm of your hand.

As we are all aware, 5G is the latest wireless broadband technology, featuring superior technical capabilities compared with earlier mobile communications systems. This can include very low latency, very high reliability, and improved spectrum utilization and energy efficiency. The hope is that it will enable new types of services—including edge computing and IoT device communications—to consumers and business in addition to professional production workflows.

Live Transmission
According to its parent company Gazprom-Media, NTV has opened a studio at the St Petersburg Economic Forum, from where, working in partnership with Telco MegaFon, it will broadcast live 5G throughout the country. A monitor will be installed in the NTV studio to demonstrate the difference in transmission rates over 4G and 5G. It will be divided into two parts, to which video content will be transmitted via two communication channels.

Deployed correctly, 5G can be up to 100 times faster than 4G, delivering up to 10 Gigabits-per-second (Gbps) peak data rates and 100+ Megabits-per-second (Mbps) average data rates. But speed is not the most important attribute of the technology. Low latency and connection reliability are also important for live production and broadcast. With 4G, latency is about 200 milliseconds (not far off the 250 milliseconds it takes for humans to react to visual stimuli). The 5G latency rate is significantly lower: at just 1 millisecond.

One of the clear use cases for 5G in live programming is in providing a high-capacity wireless link in areas where wired infrastructure is unavailable. Today, coverage of live events such as cycling, marathons, or golf that occur over large or remote areas can be problematic. Camera placement is often determined by the availability of wired connections that provide the reliable connections necessary for broadcast. This limits the number of options available and hinders a producer’s ability to create a high-quality broadcast.

TV Azteca tested the transfer of raw HD/4K video from cameras to its encoding server, for subsequent distribution without the need for additional infrastructure. 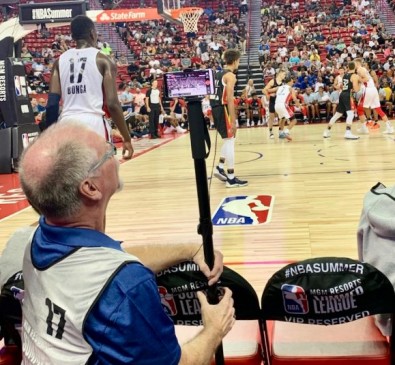 Working with the NBA and AT&T, ESPN experimented with capturing and broadcasting an entire NBA Summer League game using six smartphones connected to a 5G network.

Specifically, they are developing solutions that support China Unicorn’s 5G millimeter-wave (mmWave) technology for collection, transmission, distribution, and management of 4K and 8K ultra-high-definition video using 5G networks. Advantages to the 5G mmWave band include increased bandwidth, reduced latency and flexible configuration, which enable the capacity and transmission of future mobile applications for 4K, 8K and immersive AR/VR. The radio frequency utilized for 5G mmWave is far less congested than the frequency spectrum used by most TV and radio signals, which increases the bandwidth available.

China Unicom’s 5G mmWave technology will be deployed over 5G networks during the 2022 Winter Olympics in Beijing, where the Chinese telecommunications operator will be the exclusive mobile service provider.

In the U.S, the NBA, ESPN and AT&T has experimented with capturing and broadcasting an alternate feed of an entire NBA Summer League game using six smartphones connected to a 5G network. The results were promising.

There are two main ways for broadcasters to use 5G. The first is setting up a nonpublic 5G network, either temporarily or permanently, that gives a broadcaster exclusive access to an entire network of their own. A second option is for networks to be temporarily given access to a slice of a public 5G network, which many agree is more likely to happen with breaking news events.

Yet, 5G will make the biggest splash in sports production. Currently, live sports broadcasting incurs huge infrastructure costs. There's cable and fiber to be laid, antennas for technicians to set up and remove; the equipment and labor required to broadcast a single game are quite expensive. A 5G network at the stadium or arena eliminates the need for this extensive setup and breakdown.

In the US, Verizon appears to be anticipating this need, announcing in January that it plans to add 5G service to 28 NFL stadiums by the end of 2021.

Challenges Remain
While a survey of broadcasters from around the world sponsored by Nevion, a provider of networking technologies, found that 82% of respondents believe that cellular networks like 5G will eventually replace traditional broadcast distribution like DTT/DTV and satellite as the preferred way to access TV content, and that more than 90% of broadcasters surveyed expected to adopt 5G technology over the next several years, challenges remain to full implementation.

The European Broadcast Union has published a series of reports on the use of 5G in broadcast. What it found is that “for the time being, the only way of delivering nonlinear services to portable and mobile devices is by means of unicast connections.”

It then stresses that “this is not satisfactory, both from the media services providers and user perspectives, due to deficits regarding quality of service (QoS), coverage and costs. 5G as specified by the 3GPP may be an opportunity to bridge this gap.”

A significant part of the report, issued in June 2020, focused on whether broadcasters would be able to deploy 5G technology to deliver both linear and non-linear broadcasts, and how they would support them with enhanced media services. Many suggest a combination of both. In addition to domestic TV sets, the technology is being considered for delivery to mobile handsets, tablets and in-car infotainment devices.

Collaboration Between Stakeholders Is Critical
Their main conclusion is that, technically, 5G may be able to meet the distribution requirements of both PSM and commercial media providers “if a combination of 5G Mobile Broadband and 5G Broadcast is used.”

Most 5G broadcasts use FeMBMS (Further evolved MBMS) to deliver media using 5G specs from the EBU and SMPTE.

The standard offers broadcaster the full spectrum for HPHT applications in downlink-only mode. It differs from 5G Mobile Broadband in that the latter relies on 3GPP specifications based on the new 5G-NR radio access network and 5G core network and are deployed by mobile network providers.

[The 3rd Generation Partnership Project, or 3GPP, is an umbrella term for a number of standards organizations which develop protocols for mobile telecommunications.]

So, unlike the 4G LTE version, the new 5G standard allows media organizations to operate dedicated 5G Broadcast networks independently of mobile operators. Thus, a free-to-air transmission mode would allow linear services to be made available to all mobile devices, irrespective of a user’s mobile network.

“To achieve this in practice, collaboration between stakeholders across the media value chain is required,” the report concludes. “In addition further investigations into cooperative models between broadcasters and mobile network operators in terms of joint use of spectrum and site assets would be useful. Such cooperation may deliver the cost benefits and the economies of scales required to trigger the device and infrastructure ecosystem for 5G broadcast.”

Widespread 5G Deployment Still Lagging
New business models will have to be devised to achieve scale and foster collaboration, and that will be necessary not just among European broadcasters but will also need to encompass collaboration between inter-continental broadcasters and mobile broadband providers.

To date there have been several suggestions and options of how this could be achieved, from both a technology and business perspective. The EBU says the best option for 5G Broadcast to coexist with digital terrestrial television (DTT) would be for 5G Broadcast to deploy 5MHz channels (or 6 MHz channels in the U.S.) with the same channel centers as an 8MHz DTT raster.

Commenting in the survey regarding 5G adoption among broadcasters, Andy Rayner, Nevion’s chief technologist was reported to have said.

“I was not particularly surprised at the responses to most of the topics in our survey. Unless and until you get some real infrastructure in place, you are really only working on ‘best efforts,’” he said. “And in reality, what we have today is decent bundled LTE, which went through its testing process some five years ago.”

Rayner said one of the earliest benefits from 5G will be the prospect of a faster and more flexible way to transmit signals from outside broadcast venues to the central production facility. Once the infrastructure is in place.

Broadcasting’s Holy Grail?
One statistic that caught Rayner’s eye is that 46 percent of broadcasters in the survey said they have actually tested 5G’s capabilities within their organization.

“I suspect that is too high a figure. And even if correct, many of such projects are likely to have been put on hold due to the Coronavirus crisis.”

It’s clear that 5G is coming to the broadcast TV ecosystem. However, the technology and how it is implemented could mean different things to different people.

For Rayner, 5G represents “a toolkit of technologies – some already in use, some still in the pipeline,” said Rayner. The biggest benefit, he said, of the networking technology is the potential of network slicing, which could mean a dedicated, functional layer on a shared infrastructure.

“This could be seen as broadcasting’s ‘holy grail’ — deterministic, always available, on-demand broadband.”