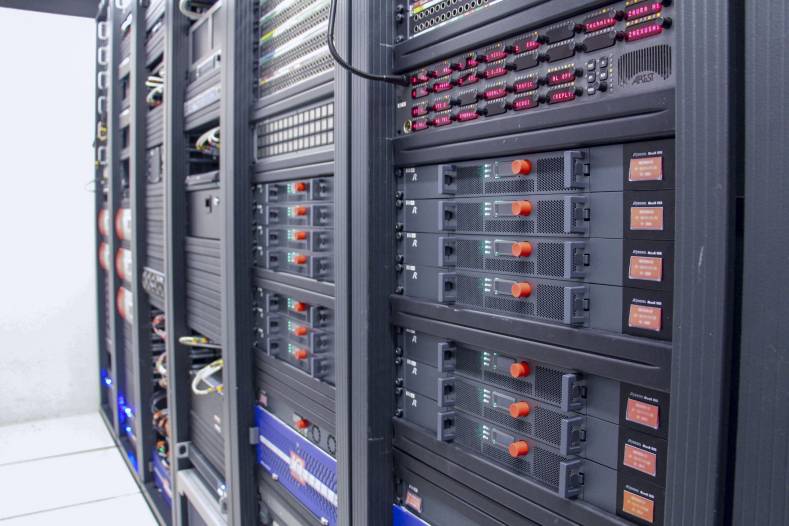 M6 is one of the most-watched television networks in the French-speaking world, offering a broad and varied lineup of programs. The previous M6 video routing architecture consisted of various production islands running their own routers and connecting via video tie-lines, a legacy configuration that has typified broadcast operations for the past two decades.

“With disparate technologies built up over the years, we started struggling with a lack of interaction between routing, processing, and signal distribution within our various production islands,” said Mathias Bejanin, Chief Technical Officer, M6. “We were motivated to take a more holistic, global approach to our networking architecture and adopt a comprehensive and yet decentralized networking technology that would make our entire infrastructure up-to-date and future-proof.”

Bejanin added, “We have had outstanding results with Riedel’s intercom solutions for many years, so it made logical sense to take a closer look at their MediorNet video portfolio when this project arose. Right away, we could see that MediorNet would deliver on all the benefits of real-time networks, such as resilience, multicast routing, scalability, and modularity. At the same time, MediorNet offers all the processing intelligence required in cutting-edge broadcast facilities while still being very accessible for operations and service teams.”

The new MediorNet installation is at the core of a two-year upgrade project currently underway at M6 that began with two studio production galleries and is now focused on the central infrastructure router, managing incoming and outgoing signals, as well as exchanges with production islands. An additional production island is to be integrated later this year.

“The unique, hybrid nature of MediorNet is a tremendous asset for broadcast operations such as ours that are looking to make a smooth and safe transition towards IP,” said Franck Martin, Head of Engineering, M6. “It’s clear that Riedel is committed to supporting its customers on this journey; one example is the recent integration of Embrionix high-density video-over-IP expertise into the MediorNet solution portfolio.”

Franck Berger, Riedel’s General Manager, France and Africa, commented, “We are proud that our MediorNet technology is playing such a critical role in M6’s foundational routing and processing infrastructure for MCR, live, and studio operations. As this installation shows, MediorNet is ideally suited for any project to upgrade legacy video routing capabilities, with features for a smooth and risk-free path to IP embedded into its DNA.”