New additions to the Prism family of test instruments supports both local and remote production monitoring up to 8K HDR.

Coming off a whirlwind of three new acquisitions in the past six months, Telestream said it has carefully navigated the past year and emerged stronger than ever. The company actually increased profitability in a time of challenge for many others in the industry.

That message, along with a few new production introductions, was delivered during a virtual press conference held at a time when the industry’s annual NAB convention in Las Vegas would have been in full swing.

Company CEO Dan Castles stated that it was important for Telestream to shake off the many challenges of developing new products in a pandemic and continue to offer customers solutions that made sense for their businesses. Given this, growth through acquisition made sense.

“[During the pandemic], we stayed close to home and reflected on how we wanted to come out of this from a position of strength,” he said. Hence the need to continue to generate momentum by acquiring other companies that could expand Telestream’s portfolio and give its sales teams more technology to sell. 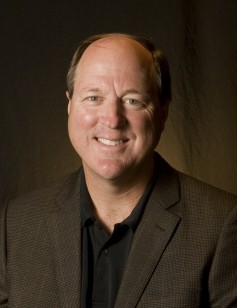 “The broader ecosystem that we can now fit these [newly acquired] products in resonates with our customers and we hope will continue to do so.”

In addition to an expanded product portfolio—although there is some product overlap that will have to be addressed—Castles said Telestream can now also take advantage of new sales channels.

“We’re excited about bringing a lot of new employees, despite the challenges of the pandemic,” he said. “Telestream started 23 years ago with 11 employees. It now boasts 600 spread all over the world.”

Telestream has added to its Prism family of signal measurement devices with a new family of “Software Defined Monitoring” instruments. The new Prism products are designed to support both local and remote production situations up to 8KHDR. They include the 100, 200 and 300 series monitors, specifically designed for SDI, SDI+IP and SDI, IP and Physical layer diagnostics, respectively.

Charlie Dunn, senior vice president of Tek Video at Telestream, said “We have effectively re-invented monitoring for the needs of a new generation of users and challenges.”

The new products mimic popular Tektronix models, like the WFM 5200A Waveform monitor, that were acquired by Telestream from Tektronix back in 2019. There are new single screen and dual screen options, with a touch screen 64% larger than its predecessor.

With a unique set of HDR tools, including the patented STOP waveform, user-defined False Color, Light Meter, and CIE charts, Prism offers multiple user interface options tailored to the task and role of the user. A single product, from a single vendor, is now the waveform monitor of choice across the facility, including remote production environments, and across both engineering and production applications. 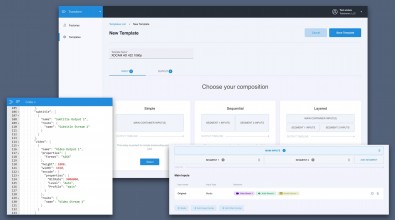 The other new announcement is called Telestream Cloud Transform, an API-driven, cloud agnostic, media processing and transcoding software-as-a-service that works with all popular public cloud platforms like AWS, Azure and Google Cloud.

“We’ve taken the Telestream Media Framework, that’s the foundation of Telestream media workflows all over the world, and built a cloud-native service that runs on our customers’ cloud provider of choice,” said Tim MacGregor, Senior Director, Head of Strategy and Product Development, Telestream Cloud. “Transform’s media processing pedigree ensures a future-proof path as standards and technology evolve, even as organizations develop their own workflow orchestration solutions.”

He said Transform enables development teams writing their own code for media processing pipelines to access Telestream’s transcoding and media processing technology with no start-up costs and a pay-as-you-go billing model. Telestream Cloud Transform represents an efficient way to process video, taking advantage of the performance and scalability offered by public cloud providers.

The company said that Transform supports a wide variety of codecs and formats including AVCI, AVC Ultra, DNxHD, DNxHR, IMX, J2K, XAVC, XDCAM, and ProRes 422/444. Using Transform’s API, users can start transcoding in less than 30 minutes with no risk of under or over-provisioning on a cloud provider.