It’s easy to understand why when a PC user learns that over the next two years Apple will stop using Intel CPU chips, they imagine that Apple has simply designed its own x86 replacement chip. Thankfully, that’s not what Apple has done. Figure 1 is a picture of an open Mac Mini.

The parts surrounding the silver frame implement the Mini’s non-CPU/GPU functions such as PCIe4, a 256GB/512GB/1TB/2TB NVMe SSD, as well as interface logic supporting two USB4/Thunderbolt 3 buses. (HDMI 2.0 and DisplayPort 1.4 DSC are also available through the computer’s pair of USB-C ports.)

System on a Chip

The M1 is Apple’s implementation of an ARM computer. Everything, CPU and GPU, resides within the chip. It is a System on a Chip—SoC. See Figures 3, 4, and 5.

The M1’s Unified Memory Architecture utilizes a high-speed dual-channel (4,266MT/second) bus that connects the dual LowPowerDDR4X SDRAM chips to the “fabric” which connects all chip elements.

Every computational element has direct access to data held in RAM. For example, there is no need for the CPU to transfer data to and from RAM held on the GPU. Both the GPU and CPU share data in the M1’s RAM. (All RAM is VRAM.) In fact, all SoC components use the closely coupled RAM as a common resource. 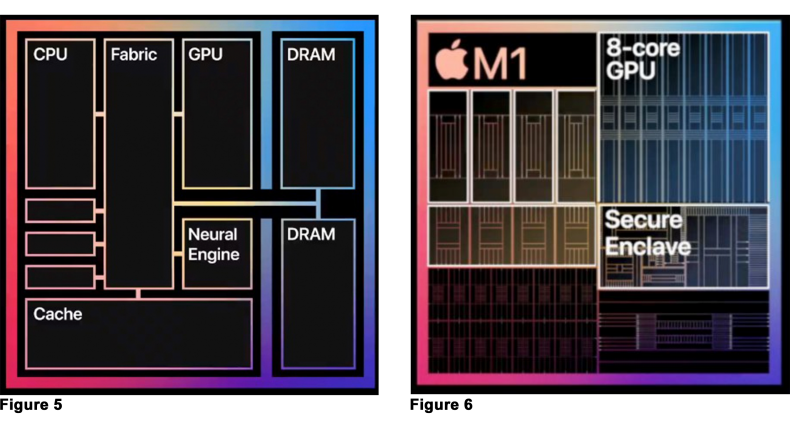 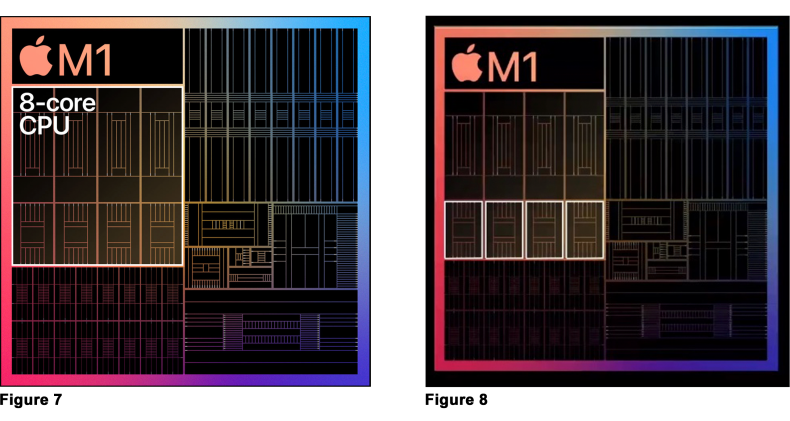 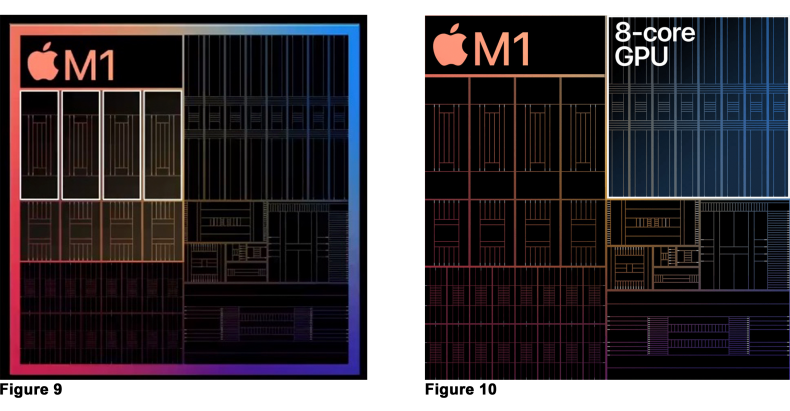 Figure 11 has a focus on what I think is the most intriguing aspect of the M1—the 16-element Neural Engine (NPU) offering 11 Trillion Operations/second performance.

The M1’s NPU opens new possibilities to support the broadcast industries interest in AI (How AI Is Your AI?).

Although Tensor Flow Machine Learning (ML) training likely cannot be done using an M1’s NPU, ML can be performed using an M1’s CPU and GPU. As an example, the MobilNet image classification task has been trained on an M1.

The NPU can be used, however, when a trained AI model such as natural language analysis, is executed. Figure 12 shows the MobilNet task run under Apple’s Core ML framework. Reported NPU performance was 4X faster than GPU performance. 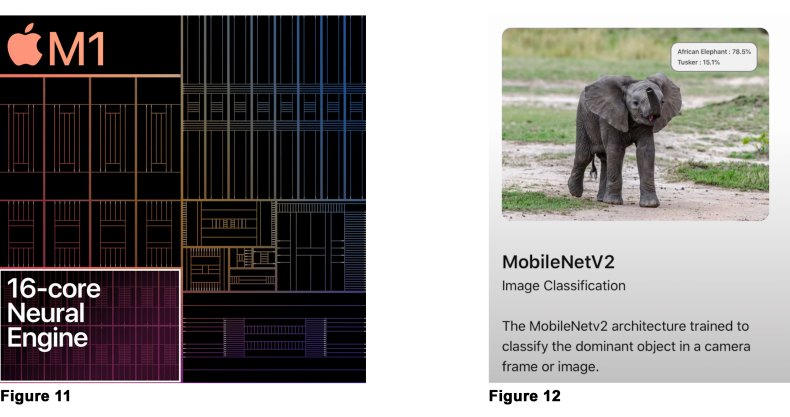 Only The Beginning Of ARM

If you find yourself doubting the future of ARM architecture and unconvinced PC makers are going to feel threatened by Apple—you should consider the M1’s successor, the M1X.

The M1X most likely will have double the Firestorm cores: from 4- to 8-cores. The number of GPU cores should also double from 8- to 16-cores. Based on the 90-percent speed increase from switching from an A12 to an A12X (in the iPad) we can expect a similar speed increase from the M1X.