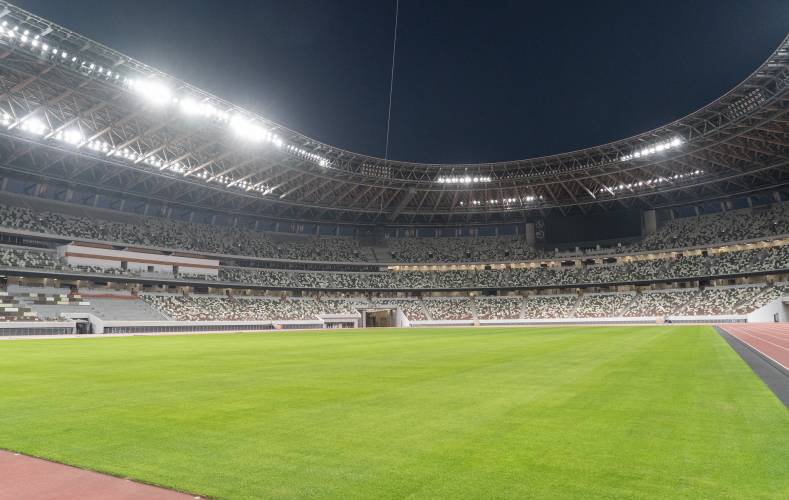 The new Olympic Stadium in Tokyo.

By now it’s become clear that IP networks bring new types of useful capabilities and flexibility that can’t be ignored. However, if you want to ensure Quality of Service (QoS) by minimizing packet loss, latency and adverse network reliability issues, a comprehensive software management layer is critical to optimal network performance.

While there are many variations, the two most widely used IP networks are the public Internet—whose reliability has been improved due to standards like Reliable Internet Stream Transport (RIST)— and a virtual private, fully managed network for high-quality contribution. The Public Internet is being used more and more to send live unmanaged video back to the station or home facility. It’s also being used for contribution within a station group or large network producing content remotely. It’s clearly not the best quality solution for contribution-quality video, but it is being used as a more spontaneous, cost-effective option.

Then there are Contribution IP networks, which are private and managed with a software control and monitoring layer. These are most often used by service providers and broadcast networks that need dedicated more robust media networks for contribution-quality media. It could run from a stadium to the home studio or it could go from the field to a broadcaster that receives the video, adds commercials and other graphic and visual effect elements, and then sends it on to the cable, satellite and OTT providers for distribution to viewers (or professional production staff).

Olympic Collaboration On A Fiber Network

For example, at the upcoming Summer Olympics, U.S. rights holder NBC will most likely set up multiple high-capacity 10 GB fiber-optic links between New York, USA and Tokyo, Japan. This remote production network, actually made up of fail-safe redundant paths, will enable them to send less people to Tokyo—saving money and minimizing crew exposure to unwanted health risks—while remaining as productive as if the entire team was in the same room. With numerous integrated pieces of transport equipment (that includes video encoders/decoders, IP converters, switches and optics) at each end, the long distance media network will support reliable and fast transmission of low latency IP video/audio along with data file transfers back and forth between Japan and the USA.

Numerous service providers are involved in the fiber connectivity between New York and Tokyo for the Olympics. The Media Links software control layer in place (the Media Links ProMD Enhanced Management System) enables the rights’ holder staff to see the performance of the network at any instant and is capable of tracking this over time. It is looking for problems like packet loss, FCS (Frame Check Sequence) errors, device performance degradation, and/or loss of signal redundancy among others for example, and providing the ability to make mitigation changes on the fly, if necessary. By maintaining the integrity of the signal, you ensure QoS for everyone involved in the content chain.

Latency, or the lack thereof, is key to a positive viewer experience, but video compression—employed to save bandwidth costs—involves a trade-off. The process of compressing for transmission and decompressing at the receive end takes time and adds latency: maybe several 100s of milliseconds when utilizing typical contribution quality compression codecs employing JPEG 2000 standards. So, if an Olympics producer in New York wants to reorient a camera angle in Tokyo for a different shot, there will be a noticeable lag between the time the producer sends the positional control signal to the camera and when the new imagery is seen back in the USA by the producer. This relatively long latency is unnatural and difficult to work with in interactive situations where video and audio is exchanged. (Certainly many of us experience that today in Video meetings conducted over the public internet.) 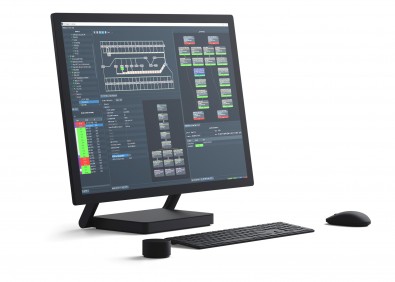 For interactive remote production environments like the high profile Olympics, all attempts are made to minimize transmission latency over the IP Contribution network while balanced against the relatively high costs of greater bandwidth.

A relatively new form of video compression called JPEG XS (eXtra Small, eXtra Speed) cuts this lag time down to single digit millisecond intervals and has proven to be ideal for many types of remote production “sports” applications. Studies have shown that latencies under 25 milliseconds are not perceived and have a minimal effect on human interaction. JPEG XS compression significantly minimizes this compression / decompression latency while holding down transmission bandwidth, as well as supporting ever increasing video resolutions such as 4K UHD and even 8K.

But back to real time management – the software control layer monitors and directs the overall signal flow, fidelity and latency throughout the optical transport network. Ideally it identifies minor emerging problems well before they become critical service-affecting ones, so network operators can be alerted well in advance and take the necessary actions.

All broadcast events (especially the highest profile ones like the Olympics, Super Bowl and World Cup Soccer for example) demand this problem/fault detection and identification capability. Based on user-defined severity, network anomalies need to be detected and categorized with immediate fault notification automatically sent to the appropriate staff either through direct operating console visual/audio alarms, or through text, and/or email messages to remote personnel. Intermittent errors can be tabulated and correlated to aid in root causes analysis.

In addition to allowing quick provisioning of ad-hoc services, the control layer should also allow the broadcaster to schedule different services beforehand. During prime time hours they might want to allocate more bandwidth to accommodate more channels of (and better quality) video. But later that night they might want to pull some of that bandwidth back a bit. This saves them money on connectivity costs. So, the network management system allows the user to schedule different services passing through the network. This is another way of giving the user control over how the network performs.

Transparency Across The Entire Network

The control layer used to manipulate the Olympics IP optical network provides a graphical overview of all the elements and services along with their status. It gives operators an easy to understand display, allowing rapid corrective action in the event of possible issues/alarms with a clear definition of different devices and their service purpose (such as uncompressed or highly compressed video or more forgiving, lower priority data transmission).

This real-time software control system oversees all of the details in the hardware that the software is talking to. This includes bit rates, error detection, forward error correction, signal distribution and automatically recognizing the types of the signal inputs and outputs. The software includes the hooks to control the different video formats, different frame rates, different video resolutions and compression rates.

Media Links ProMD-EMS (Enhanced Management System) provides a tailored means to manage and control all network resources. Comprehensive views are available on every aspect of system operation, ranging from individual media signals to the overall health of the complete end-to-end network. A configurable graphical user interface coupled with status logging and reporting tools can be customized to the preferences of the operator. 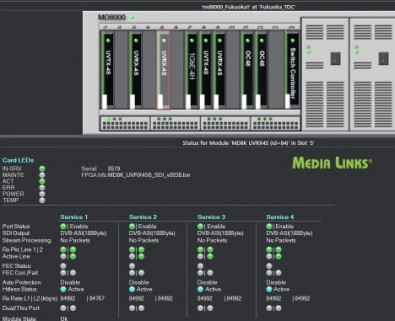 Then there’s User Access Management. With this capability, network administrators can assign different levels of authorization access to the people on the team that need it and restrict or lock out those that do not. Users can only see and/or control what they are authorized for. So, being able to segment access and control among users is another important feature.

General usability and comfort levels enhance the overall user experience. Having the ability to emulate a traditional video routing switcher matrix in the management software brings immediate familiarity to users from the traditional SDI world. It’s also a great way to assist in the transition from SDI to IP infrastructures, either entirely or in a phased approach.

In addition, a good management system is vendor independent and fully compatible with third-party devices and software. It should also support NMOS to help find and control devices on a network automatically. Additionally, the ability to have a north-bound API, so real time network information gathered by ProMD-EMS can be directed to other higher order orchestration management or Operations Support Systems is highly desirable.

IP networks are more complex than SDI networks, but the mark of a good network control and management system is one that conceals all of the heavy technical information behind the curtain so the user is not encumbered by a lot of dials and switches. If required however, this detailed info is still readily accessible and actionable through additional menu tabs in the software. For broadcasters, it’s about the useability of the network. The capabilities that the network gives them is most important. A real-time network management system helps users get the most out of the network. When this is accomplished, IP networks can be utilized to their fullest potential.