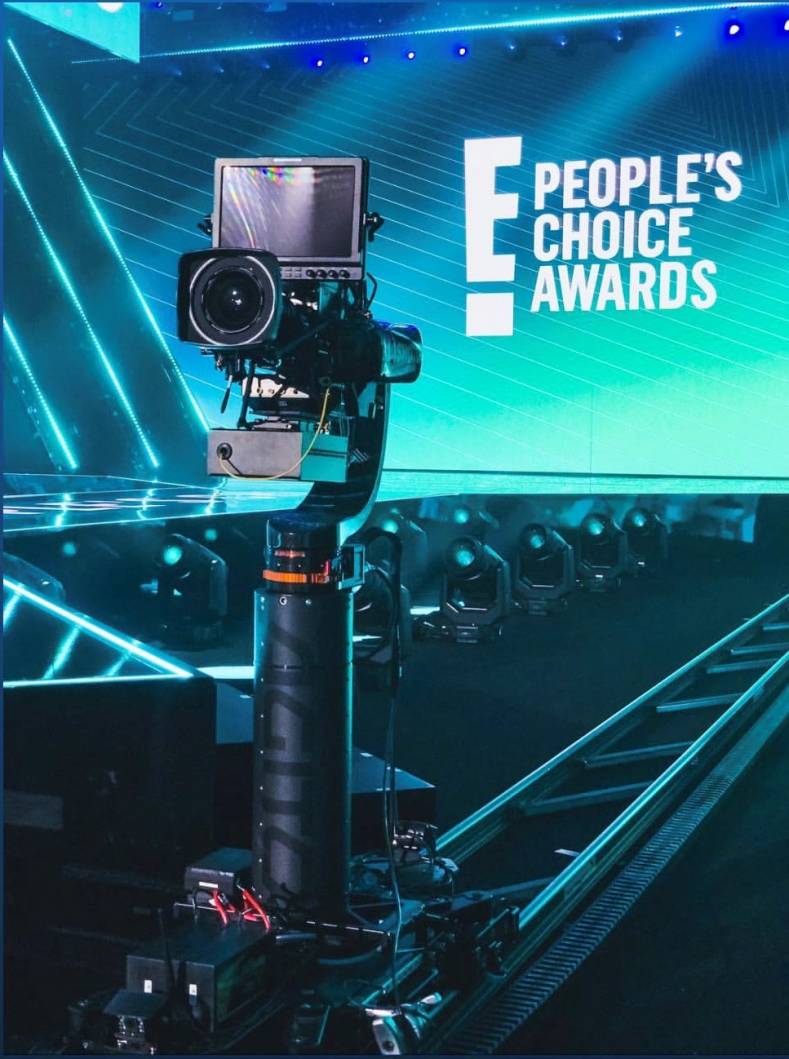 For nearly two years, Michael Taylor, owner of MTJIBS — the Fort Lauderdale, Florida camera support company, has wanted to expand the company’s arsenal of solutions that they could offer their clients. But during that time, he couldn’t find the proper system to invest in that would match the high demands of the industry. Then he discovered the Motion Impossible AGITO modular dolly system.

“I was simply looking for a functional dolly that was reliable in a live show setting,” explained Taylor. “Then I saw the AGITO operate and was really impressed. AGITO delivered versatility both on and off the track — it could do everything we needed to do and more…wirelessly. So, we got it.”

AGITO is the world’s first modular remote dolly. The AGITO features multiple configurations, allowing smooth motion from slow, precise dolly movement to high-speed track operation, all within one highly portable solution. With a very simple and fast change of its drive ends, the AGITO can be configured for free roaming operation in Sports mode, or precision movement on rails in Traxmode. Taylor ultimately acquired an AGITO COMPLETE system, which provides for both traditional rail use and multi-terrain use, with the AGITO Tower that gives the system 700mm of lift.

“Of course, as soon as we received the AGITO, the pandemic shutdown kicked in, but that ended up being to our advantage as the system is wireless and provides social distancing by design,” said Taylor. “We realized that we made the perfect purchase.” Along with Xavier Mercado, MTJIBS’s camera motion specialist and operator, the company began promoting the system.

The first job for MTJIBS’s new AGITO modular dolly system would be for NASA and the May 30 launch of SpaceX Crew Dragon Demo-2 — the first crewed test flight of the Crew Dragon spacecraft and first crewed orbital spaceflight launched from the United States since the final Space Shuttle mission, STS-135, in 2011. The job came through a referral from Motion Impossible after the company was contacted by NASA, as MTJIBS is located just 200 miles from the Kennedy Space Center. MTJIBS would be responsible for capturing the traditional moment of the crew getting into their transport vehicles after walking out of the Neil Armstrong Operations and Checkout Building (previously known as the Manned Spacecraft Operations Building) and posing for pictures. The walk out and entering the transport vehicles are shots known throughout the world, spanning the Gemini, Apollo, Skylab, and Space Shuttle eras. But this time, NASA wanted to do something more dynamic than a regular camera pan.

According to Mercado, the AGITO system was the fastest part of their equipment to build. “The assembly of the drive ends, the tower, and the cables was all very fast. The wireless control system worked great and was solid the whole time.” Although the AGITO can be operated by one person, both Taylor and Mercado operated the system with Taylor running the camera head mount and Mercado handling the AGITO. “With two people, operation goes very smoothly, but the AGITO is just as smooth when operated by one person using foot pedals,” said Mercado.

MTJIBS’s next events would be a variety of awards programs. While the company has been providing services for both Telemundo and Univision for almost 20 years, each program requires MTJIBS providing a proposal for their services as producers are always looking for creative ways to capture their presentations.

These included the Billboard Latin Music Awards 2020 for Telemundo and the 21st Annual Latin GRAMMY® Awards and Premios Juventud (Youth Awards) 2020 for Univision.

“Premios Juventud was very successful as we mated the AGITO with a SHOTOVER G1 gyro-stabilized gimbal,” said Taylor. “But the AGITO alone is a lot more stabilized than other systems, even without the stabilized head. Directors really like the AGITO as it gives them a great amount of creative flexibility combined with social distancing. One director even described the system as ‘the star of the show’ as it was also used as the main camera, and that was very gratifying to hear.”

“Directors are getting more creative with COVID-19 precautions,” said Mercado. “All new sets have been designed with the goal of protecting the talent and artists, but it still has to be an exciting and visually dynamic show.”

For Telemundo’s production of the Billboard Latin Music Awards 2020, the set was designed with four stages in an arena format, with the presenter in the center of the stages, according to Mercado. “The AGITO was perfect for this circular design. It could contribute shots for every stage and turn inwards for the presenter all the while maintaining physical distance. It really contributed to the safety and success of the show.”

“When our AGITO owners succeed, we succeed,” said Rob Drewett, CEO and Co-Founder of Motion Impossible. Being able to refer MTJIBS to NASA and seeing how they have used the AGITO to help creatives be more creative is exactly why we created the system. It’s narrower and shorter than a traditional dolly and delivers movements you may have never been able to do before.”

Recently, MTJIBS has been seeing a great deal of xR — Extended Reality, a combination of Augmented and Mixed Reality — music production work.

Taylor doesn’t see production going back to pre-pandemic ways. “We’ve learned new techniques with new technologies. It’s one of the reasons we bought the AGITO in the first place. Everything is just going to go that way and we’re prepared for the future.”

“We love what’s in store for the AGITO,” said Mercado. Motion Impossible is always developing new technology for the future. And for us, the AGITO is helping to grow our company and open up new markets.”