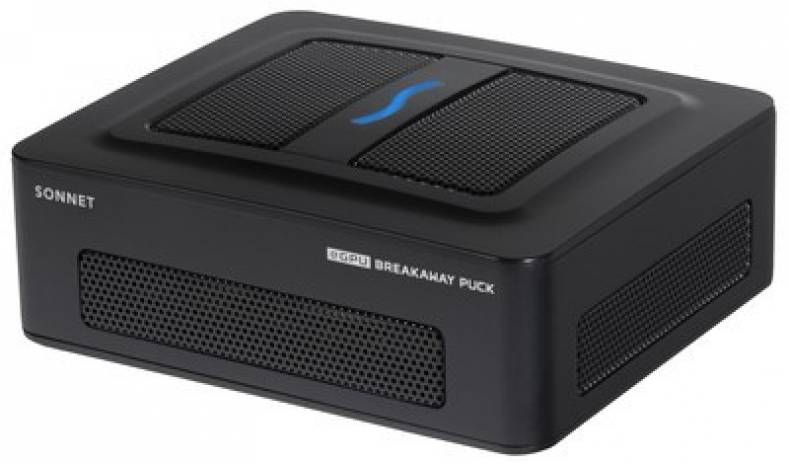 Most popular professional video applications rely on powerful GPUs to do the heavy lifting in tasks such as exporting, rendering, and more. A problem for many pro users is that their preferred computers are often only equipped with a basic graphics controller or a low-power discrete GPU that is less suitable for many of those tasks. The use of an eGPU overcomes those limitations.

Both eGPU Breakaway Puck models support up to three 4K 60 Hz displays, or one 6K plus two 4K displays at the same time. Through a second Thunderbolt 3 port, the Pucks provide both graphics and data to support all popular Thunderbolt/USB-C displays, including the LG UltraFine 4K and 5K displays sold in the Apple store. Both models include two USB Type A ports to enable connection of peripherals, such as a keyboard, mouse, or a software license authorization key dongle, to the computer without taking up its onboard ports.