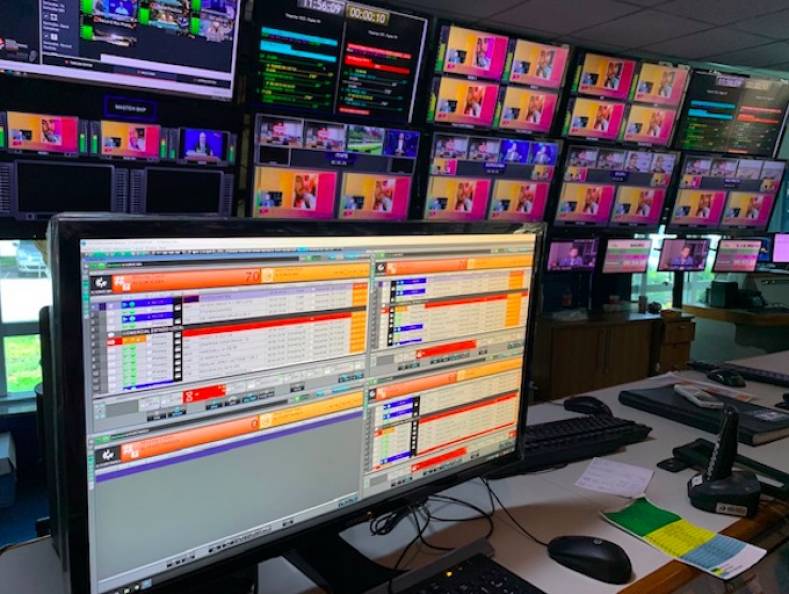 The system was supplied and installed by Videodata, Pebble’s reseller in Brazil.

TV TEM Brazil, the regional Brazilian television network and affiliate of TV Globo, has overhauled its playout workflow with the installation of Pebble Automation software and Integrated Channel devices.

TV TEM Brazil, headquartered in Sorocaba, Sao Paulo broadcasts TV Globo Network signal and regional news and sport, covering 49% of Sao Paulo’s territory. When considering a significant upgrade of its playout capabilities, TV TEM’s goals were to introduce the latest technology and functionality while leveraging legacy equipment and preserving past investment, as well as paving the way for evolution to IP.

The new Pebble-based integrated automation and playout solution system eliminates discrete equipment and extraneous hardware, replacing it with software-based solutions. The flexibility of Pebble Automation’s architecture has allowed TV TEM to retain part of the old system with full compatibility, enabling the broadcaster to concentrate its investment in advanced modules for modernisation and evolution of the system. With high import costs into Brazil, the local sourcing of DELL servers for the project also represented a considerable cost saving.

Ewerton Maciel, Technology Director, TV TEM Brazil, said, “The Pebble solution did everything we needed it to do – reducing hardware, retaining the viable parts of our old system to protect our investment, and giving us a streamlined workflow with a far more sophisticated toolset. Pebble’s extensive experience in its field, together with its large installed base of leading broadcasters in Brazil and around the world, gave us confidence in the company and its solutions.”

“The central casting environment requires multiple lists and a large volume of material that is moved by several sites,” he says. “Also part of the challenge is that Pebble has to control and fill media in third-party systems in three very different environments besides Pebble itself, including a legacy system and a collection running in the public cloud.”

Pebble’s web-based user interface, Lighthouse, will be used to monitor the on air playlists throughout the station, and can be used for remote control if necessary. The system also has a database bridge to synchronise the Pebble Automation metadata with the backup systems in a totally transparent way for the user.

“Pebble was chosen for having a modern and adherent solution to what we were looking for,” says Marciel. “The product has a solid development line and this brings security in decision making, especially when having to contend with the current hybrid broadcast environments. It is important to be able to count on partners. Pebble and the team from Videodata were constantly present and worked to find the best solution for us. We had great success together.”

David Kicks, VP of Sales for North America, LATAM at Pebble, said, “The TV TEM installation combines Pebble’s best-in-class functionality with the flexibility to integrate legacy systems, thus reducing implementation costs while transforming this automation workflow into a system that is future-ready.”

“TV TEM is a long-standing partner, and we are honored to be part of this technological renewal providing the automated Playout solution for the station and its affiliates, that will make the operations workflows much more flexible”, said Cicero Assis, Sales Director at Videodata.