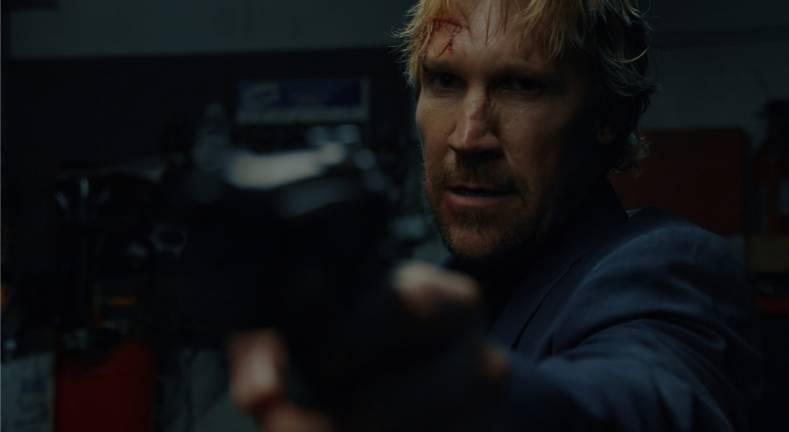 Beckman was released by Universal Home Video on digital and DVD.

Writer/Director Gabriel Sabloff originally came up with ‘Beckman’ as an episodic, seven part series. “It was always the team’s intention to join the episodes together into a feature film down the road, but as they started production, and things were going really well, they decided to forego the episodic format and instead focus on Beckman exclusively as a theatrical feature film,” he said.

“We wanted to own our gear because we were experimenting with a different production style,” said Sabloff. “Because of the episodic nature of the script, we could spread out the production to shoot on weekends over the course of five months. So, buying the gear was the right solution for us, and the BMD Pocket 4k fit snugly into that plan. A very high quality cinema camera, with a small profile and a great price. It was perfect!”

Sabloff also acted as cinematographer and opted to shoot Blackmagic RAW to help make up for shooting in challenging locations where perfect lighting wasn’t always possible. “With the tools that the Blackmagic RAW format has to offer, I could easily correct any inconsistencies in my lighting or color temperature mixing. You don't often have access to the best locations on indie films, so the Blackmagic RAW format is super at giving you more production value then you actually have. On this project, that was key as we spent a lot of time in fairly mundane locations that I had to make look sexy through lighting and creative grading.”

In post production, Sabloff worked exclusively in DaVinci Resolve Studio. He color graded the trailer himself and then worked with colorist Eric Yalkut Chase at Filmpool for the feature film. Sabloff wanted a gritty, contrasty, film stock look for the film. "We found that we could always get the best, most natural results with just the Blackmagic RAW settings, then move over to curves & adjustments for tweaking.”

“Resolve was the MVP in the ‘Beckman’ work flow. With these tools we were able to make our low budget action movie appear like it was punching at a much higher weight class. I'm an experienced cinematographer," said Sabloff, "but by no means a master, and I was shooting without a grip, lighting, or camera crew, so I shot a ‘safe’ image in Blackmagic RAW and then developed the look and style of the image in post."