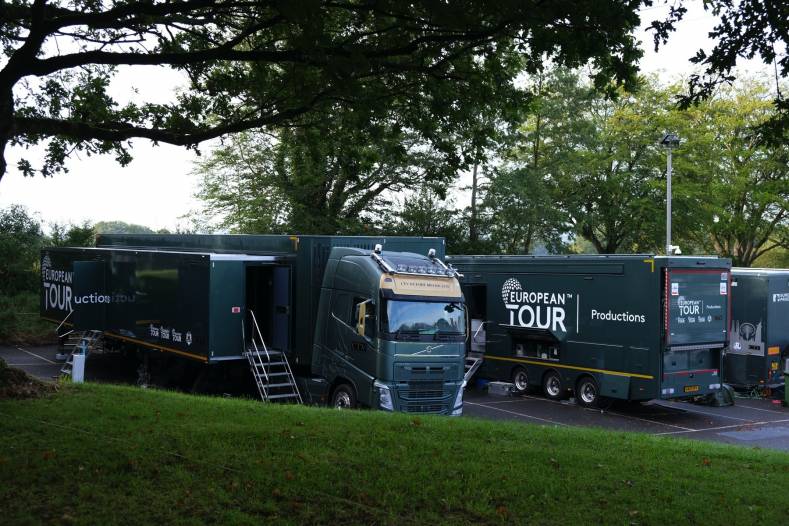 Belgian media networking and storage company SDNsquare has collaborated with UK-based CTV OB to upgrade its latest OB Unit to a ST2110 IP-based infrastructure ahead of the European Golf Tour.

When CTV OB needed to re-equip two of its trucks to meet the broadcast challenges of the foreseeable future, the company turned to SDNsquare and its software-based IP network management tools.

“The idea was initiated around the time of refurbishing one of our large SDI-based trucks,” explains Paul Francis, CTV’s CTO. “The limitations of SDI infrastructures were apparent in their design, whilst according to research, IP promised flexibility could overcome almost every SDI constraint. IP technology would also need to support our client’s needs for the foreseeable future – capable of responding to changes in video formats, for example.”

“That initial intention turned into a project. Our parent company, Euro Media Group (EMG), launched the diPloy project that would allow us to find partners supporting our migration to a fully IP-based infrastructure.”

The chosen technology architecture should be both future-proof and agnostic in terms of infrastructure and topology. In addition it was important that those operating the system would be familiar with it.

“Along with the EMG diPloy team’s aims, our project’s technical specification has transformed over the last two years alongside the development and accessibility of the technology provided by manufacturers,” Francis continues. “From the necessity of 10GbE networks, to settling on 100GbE, from a pinnacle of SMPTE2022-6 to fully ST2110 systems, the network core has been ever-evolving. SDNsquare has played a central role in our choices, allowing us to choose equipment vendors that best suited our needs, integrating their technology into the SDN programming and advising closely on topology options and IP related configurations.”

SDNsquare GRID uses software-defined networking to deliver IP network orchestration for media. It can cope with all types of data streams in a predictable way. With GRID, IP data paths can be set up without packet loss, with low latency and with the exact bandwidth needed - even in bursty, high-impact traffic in many-to-many environments. While networking vendors and traditional broadcast manufacturers can propose limited, single-vendor setups for specific use cases, they fail in more complex, convergent and scaled-up setups. GRID is vendor-agnostic, reliable, flexible and scalable.

Henry Alexander, CEO of SDNsquare, says: “A random or flexible spine leaf topology means that, instead of adding a new device and extra Gb to the network, CTV OB can, for example, software split 100Gb into four 25Gb allocations or one 25Gb and leave the remaining 75Gb for further usage".

“We are immensely proud of our newly refurbished OB12 truck that hit the road last week at the PGA European Tour," says Richard Morton, Head of Projects at CTV. “It was really impressive to see everything working so smoothly. Nobody was really aware of the massive technology change. We look forward to the next chapter in our partnership with SDNsquare.” 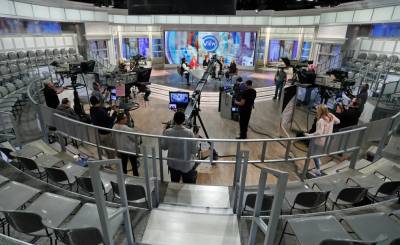 As TV and movie production studios begin to slowly resume operations, they are doing so very carefully and with a number of government-mandated protocols for safe working in place. Some say these operational restrictions—limited crew, remote control when possible, n…