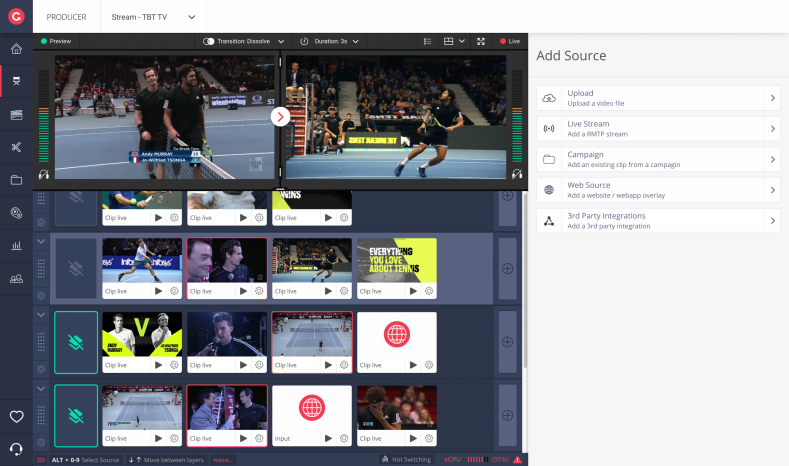 The AWS CDI SDK allows customers to add CDI capabilities to their products.

AWS CDI enables the deployment of these live video solutions in the AWS Cloud by giving customers access to high-performance networking and defining an interoperable audio, video, and metadata (AVM) schema that facilitates reliable communication between various vendor applications..

"With the continued proliferation of over-the-top (OTT) video, and more broadcasters investing in digital distribution strategies, there’s a growing demand for solutions that can help manage cloud-first initiatives,” said David Griggs, Senior Product Manager at AWS Elemental. “Because of this, broadcasters are looking for new ways to originate and produce their content in the cloud. AWS CDI represents a huge leap forward, allowing live video solutions to move to the cloud that previously could only be deployed on-premises due to their dependency on high bitrate connectivity. AWS CDI delivers the network performance, reliability, and high-quality transport that are critical for building uncompressed live video workflows in the cloud."

The AWS CDI SDK allows customers to add CDI capabilities to their products and applications and is available as an open source project. Optimized for live video performance, AWS CDI is built on existing technologies that run on Amazon Elastic Compute Cloud (Amazon EC2) instances that include Elastic Fabric Adapter (EFA). AWS CDI enables reliable transport of uncompressed video, up to Ultra-High Definition (UHD) 4K resolution at 60 frames per second (FPS), between applications, with timing characteristics as low as 8 milliseconds. Using the AWS CDI SDK, customers can deploy uncompressed live video applications in the cloud without compromising on video latency and quality.

“The ability to transport uncompressed video between Amazon EC2 instances and cloud services with high reliability and low latency is an absolutely game changing technology for broadcast and live production workflows in the cloud," said Dan Turow, vp of File Based Solutions at Evertz. “We have been working closely with the AWS engineering team on testing and integrating the AWS CDI SDK. It clearly has the potential to deliver exactly what the industry has been waiting for and subsequently unlocking numerous uncompressed and low latency applications in the cloud.”