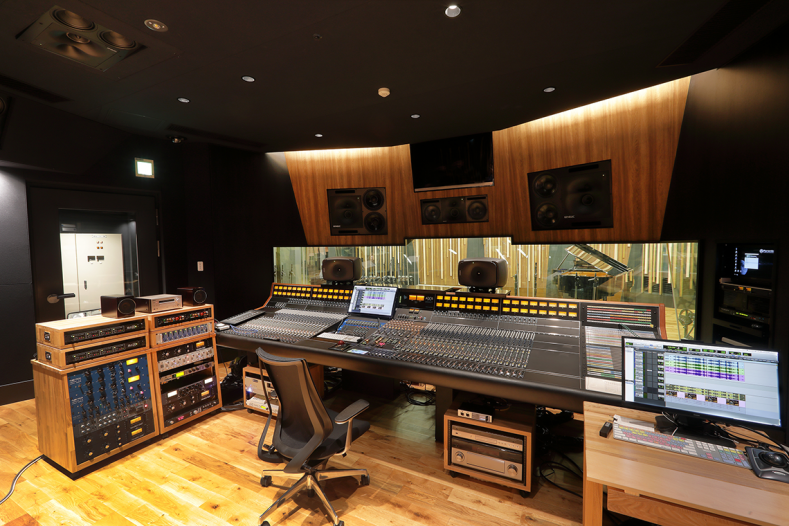 Genelec Smart Active Monitors are at the heart of the Tokyo College of Music’s (TCM) new Nakameguro/Daikanyama campus.

The campus has been created to give TCM’s composition students access to even higher quality recording facilities with Genelec providing monitoring solutions to a variety of spaces in both stereo and immersive formats.

The highlight of TCM’s Genelec monitoring solutions can be found in the flagship recording studio. “The studio is used mainly by students who major in the Fine Art/Film Scoring course within the composition program,” explains TCM lecturer Hideaki Sano. “The course focuses on composition, arrangement and performance, but also studies practical techniques related to pre-production, studio recording, producing, and so on. The studio needed to be capable of recording an entire orchestra, and since we have a concert hall and other large performance spaces on campus, we wanted the studio to make efficient use of these facilities.”

With this brief in mind it was clear that the studio would need to be the centrepiece of the new campus. To ensure the best possible results, TCM turned to world-renowned acoustician, Masami “Sam” Toyoshima, to handle the studio’s acoustic design. Meanwhile, the equally important task of studio planning and operation was given to Mixer’s Lab, thanks to its history and track record running its own studios as well as offering engineering and consultancy services.

The technology in the studio is clearly high-end, matching the standards that TCM demands. Nowhere is this clearer than with the studio monitoring. The solution comprises Genelec 1234A, 1238AC and 1238DF smart active main monitors in a 5.1.2 immersive configuration, with 8351A coaxial monitors for stereo nearfield monitoring. For Hideo Takada of Mixer’s Lab, the decision to go with Genelec monitors was an easy one: “I've been using Genelec reference monitors at work for a long time, so I know their sound inside out. They work well with acoustic instruments, pop music, and a wide variety of genres. It’s a studio monitor you can trust.”

If the choice of brand was an easy decision, the configuration of the space was a different matter entirely. “The college originally requested the studio to be at least a 2-channel environment, and be able to conduct high-quality recording,” recalls Takada. “But as the studio planning developed, we considered that it should support surround. I had just experienced Dolby Atmos mixing myself, and realised the importance of it, so we opted for 1234As as L/R, a 1238AC for the centre channel, two 1238DFs for surrounds and two more 1238DFs as height speakers – due to the compact nature of the studio.”

For stereo nearfield work, TCM opted for 8351A three-way point source monitors from The Ones series. “What’s great about coaxial monitors is that you get one coherent sound,” explains Mixer’s Lab’s Tatsuo Umezu. “A certain sound can be perceived from one point as if it's a matter of course, and the centre of the sound doesn't get ‘blurred’. I can tell exactly where the mic was placed, and how far it was from the instrument. I suppose this is exactly what Genelec aimed for.”

Reflecting on the qualities the Genelec monitoring solutions have brought TCM, Sano is clearly very happy with their performance: “Genelec monitors have the same sound even when the playback volume is low, and that's one of the benefits. And the fact that it has become the industry standard is the key to our choice. Experiencing that industry standard sound is extremely beneficial for our students before they start to work as professionals.

“It's about the balance of the richness and the accuracy of the sound,” he continues. “A monitor needs to be comfortable to listen to, and Genelec has that quality – plus the accuracy to comprehend every detail of the sound whatever the genre. Genelec can precisely playback an orchestra, a violin solo, pop music, EDM, and much more. It’s a monitor we can completely count on.”