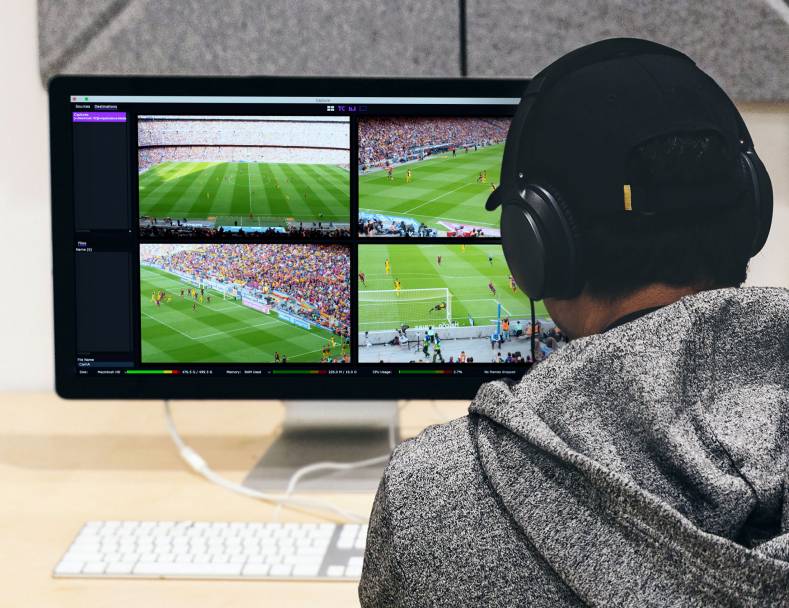 Media IO is Primestream’s IP-based recording and playout solution for capturing content from virtually any source and then transcoding it live for integration into any production, management, and delivery workflow.

Supporting both on-prem and cloud recording, the software-based tech is able to capture content from any IP stream, camera, or broadcast source including NDI, HLS, RTSP, and SDI while encoding to ProRes, XDCAM, AVC-Intra, DVCPRO and H.264 formats on the fly.

Available for both Windows and macOS, Media IO is a simple-to-deploy, broadcast-ready media capture application for capturing and monitoring baseband and network signal paths throughout any facility. Media IO also captures live feeds from non-baseband sources — including bonded cellular devices and IP video encoders — for fast integration into production, management, and delivery workflows.

“When we first launched Media IO, it was a game-changer — making remote production and live contribution easier and more cost-effective than ever before,” said Claudio Lisman, president and CEO of Primestream. “Media IO offers support for a greater number of input sources, workflows, and formats than any other competing bonded cellular and live recording solution on the market, and the real-time editing capabilities are also completely unique.”

With the updates, Media IO Server now supports 4K UHD capture to drive high-end live production workflows. This provides users with a single capture platform for both HD and 4K UHD signals, simplifying and unifying workflows across the requirements of multiple departments.

Media IO Desktop now supports monitoring of up to 12 channels, double the previous maximum channel count. In addition, the user interface has been redesigned based on client testing and feedback to provide a better user experience for triggering recordings and encoding.

Lisman added: “The most significant aspect of the new Media IO release is its cloud integration features, which give our customers even greater flexibility by allowing them to move key live baseband ingest and video production workflows off-premises. It’s just one more example of how we’re helping media operations prepare for success now and in the future and ensure they can continue to reach the widest audiences on the most platforms.”