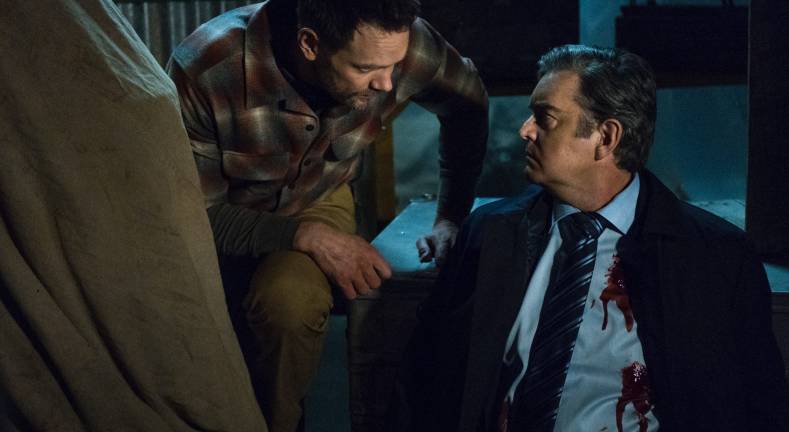 “Psych 2: Lassie Come Home” was shot using a variety of Blackmagic Design products as part of the cart used during production by DIT Ryan McGregor.

This included an UltraStudio 4K, a Smart Videohub 20x20 router and multiple other Blackmagic Design capture and playback devices.

From UCP, a division of Universal Studio Group, “Psych 2: Lassie Come Home” is the sequel to USA Network’s “Psych The Movie” TV film. Based on the syndicated TV show “Psych,” the film follows the main character’s Shawn and Gus as they return home to help their old friend, but find themselves unwelcome in their old stomping ground as they secretly untangle a case that involves the supernatural.

McGregor’s cart included three OLED monitors receiving feeds from multiple cameras and used the Smart VideoHub 20x20 to distribute the images in real time to the director, script supervisor, DP and other crew members on set. Ryan used a Decklink Duo capture card to capture reference stills from the live feed along with an Ultrastudio 4K and a MiniMonitor to play references stills and the recorded original media from the Sony Venice out to his monitors.

“I love the Blackmagic set up I have built and it worked really well for Psych 2,” said McGregor. “The capture and playback cards are reliable and work with any format thrown at me. There is zero delay when capturing stills allowing me to catch the decisive moment almost like I am taking still photographs of the live feed. Then I can easily pull these reference stills up within Pomfort’s LiveGrade to help the DP match the lighting and compositions.”

“One of the things about the Blackmagic gear is that it is reliable. The Smart Videohub is the backbone of my cart, it’s quick to startup and I have never had a single hiccup on set with it.” he continued. “Now with the ability to create custom router configurations within LiveGrade, I can change all 20 outputs of my Videohub with the ease of a keyboard shortcut. I love that this allows me to focus on the creative as opposed to the technology.”