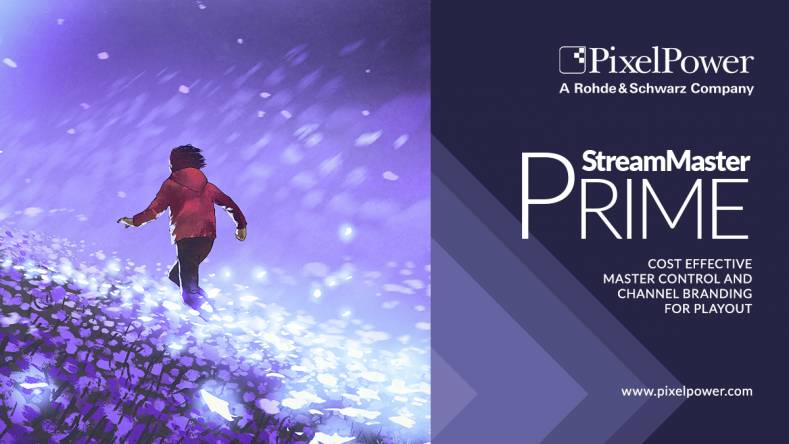 “Many of the broadcasters we talk to have told us that they are not yet in a position to move to an all new, software-defined playout architecture, but that individual items in their legacy systems need replacing,” explained James Gilbert, CEO of Pixel Power. “StreamMaster PRIME gives them a single, cost-effective appliance, connecting over SDI, with all the usual automation interfaces, so it is a simple plug-in replacement for a life-expired master control switcher, video server or graphics inserter.

“Most importantly, the software licences for StreamMaster PRIME are transferable, so when the broadcaster begins to migrate towards a new architecture or deployment model, the existing functionality can be transferred at no additional cost,” he added.

It is capable of autonomous operation, with hardware or software UI control panels also available. It is plug-and-play with all major automation systems.

“This is a direct response to a real need from the industry,” said Gilbert. “It’s a standard appliance with sufficient hardware power to run the software applications likely to be needed, tailored to the user’s requirements. For those who need to keep a legacy broadcast chain running, or perhaps an outside broadcast truck needing motion graphics playback, it is a very welcome solution.”