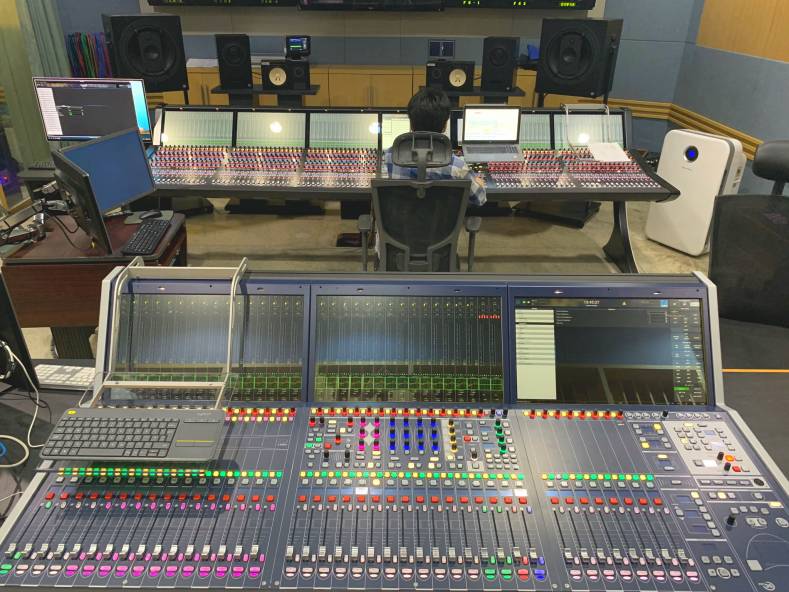 Korean Broadcast System (KBS), South Korea’s public broadcaster, has upgraded TV production facilities at its headquarters in Seoul with IP technology from Lawo as part of an extensive renovation project.

“We are positive that we have made the right choice in embracing IP as the basis for our technical upgrade,” says Mr. Choi, HyoSub, Head of KBS’ TS-15 audio production team, “and we are very pleased with the quality of the first TV productions mastered using our new Lawo systems. The new IP infrastructure gives us full access to all audio resources on demand, without having to perform changes physically like we used to. The new infrastructure is very flexible and efficient — it definitely makes our lives easier.”

“We are very honored that KBS chose us to provide services, expertise and the best equipment on the market for this important project,” says Myoungho Seo, Director of Dong Yang Digital. “Knowing that KBS can now unleash all their creative powers freely to produce major televised music and entertainment programs makes me very happy!”

The impressive 88-fader mc²96, Lawo’s flagship production console, is now installed as KBS’ main mixing console in the completely renovated production complex. Optimized for IP-based video production, it boasts more than 300 DSP channels plus SoundGrid integration, and is the first large-scale digital mixing console deployed to mix concerts at a KBS site. The music programs and concerts, as well as KBS TV drama, entertainment and film award ceremonies, are produced in the “TS-15” SRC with live audiences in an open-studio concept.

The 40-fader Lawo mc²36 takes over the tasks of mixing live studio performances and also serves as sub-mixer and backup mixer for the mc²96.

In addition to the new Lawo consoles, the facility’s renovation encompassed a full replacement of stage and audio infrastructure of the KBS TV concert hall. Even the main speaker system was replaced, with a Lawo Nova73 router providing mic/gain control for each console, a MADI connection for FOH and the monitor mix consoles, and comprehensive RAVENNA integration with full operational redundancy. Two modular Lawo DALLIS I/O units are configured as stageboxes, the first providing 112 mic/line inputs while the second DALLIS handles 44 AES3 digital inputs.

The global health crisis prevented in-person commissioning of the new equipment, so installation, configuration and FAT (Factory Acceptance Testing) was conducted using the remote procedures recently developed by Lawo. According to Myoungho Seo, the remote configuration and testing went smoothly, with all phases of the project running according to schedule.

According to the technical requirements of the TS-15 audio production team, the system configuration was done by Lawo engineers. KBS’ audio production team reviewed the captured video clips created by Lawo’s team, and then oversaw the hardware status and configuration test online during a live, remote joint technical session. The remote tools Lawo offers, like mxGUI remote control, in combination with computers and webcams, proved the solution for the installation and configuration as well as training sessions during the course of the project.