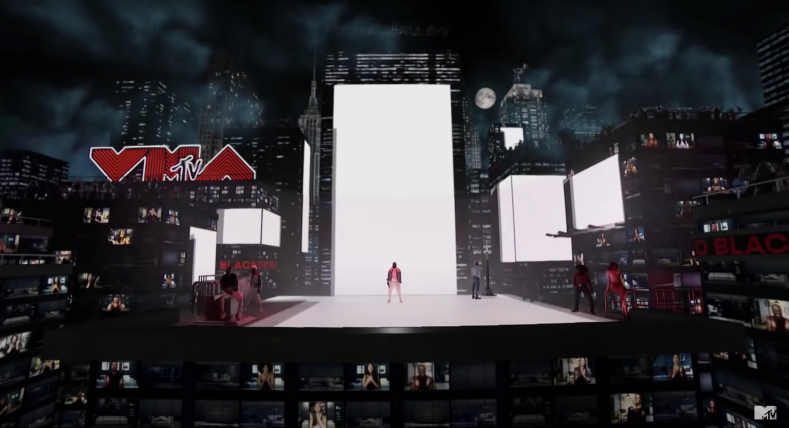 “The project was successful on a level of scale in terms of the size of the stage, the number of Stype-tracked cameras and the ambitious number of live performances and awards presentations,” says JT Rooney of Silent Partners Studio, who worked together with XR Studios to deliver the complex show in Extended Reality.

The disguise gx 2c powered real-time generated graphics from Notch onto the LED video screens as well as the virtual set extension content outside the LEDs, creating a vast and immersive virtual world on camera that fans could view from their screens at home.

“This was the largest and most complex xR show that we have had to support so far,” says Jamie Sunter, disguise Senior Support Specialist who was involved in the project. “We had support and development teams working in LA and UK to ensure that we could get the most coverage with both timezones. We utilised the newly built xR stage in London HQ to then be able to verify fixes and reproduce issues that were being seen on site. In LA we had frequent presence on site as well as at the homes of the support team based in LA.”

Is Gamma Still Needed?: Part 2 - The CRT & The Hurter And Driffield S-Curve