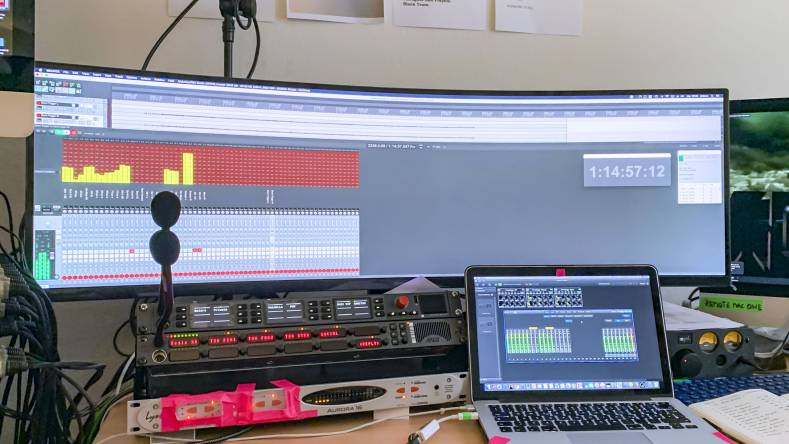 Streamed live to 11 million fans worldwide from July 29 to August 1 by MagentaMusik 360, Wacken World Wide took the world’s largest heavy metal festival online in a mixed-reality production. The audio for this broadcast was mixed in Hamburg, Germany, and mastered at Valhalla Studios NY, with communications and signal configuration, transmission, and monitoring handled by Riedel’s Remote Operations Center (ROC).

“This new remote mastering workflow is incredible, and we’ve never before had such cool broadcast sound at Wacken,” said RRN Founder Peter Brandt, the Grammy® Award-winning producer and engineer who oversaw audio production for the event. “Because we were able to master in an acoustically calibrated room, we had perfect conditions for a well-balanced sound.”

Audio for Wacken World Wide 2020 was delivered from the Live Nation stage in Hamburg to the Riedel ROC in Wuppertal and then on to Valhalla Studios NY for mastering by Ronald Prent. In addition to serving as a communications and signal distribution hub, the Riedel ROC supplied extensive control and monitoring capabilities, as well as a secure server structure ensuring data security and a redundant system providing reliable signal transmission throughout the event.

Developed jointly by Riedel and RRN, this new remote model is setting the bar for the production of high-quality, environmentally friendly, and cost-effective audio transmissions.

“Working with our partners at RRN, we are redefining the possibilities for live audio production,” said Carsten Voßkühler, Project Manager at Riedel Communications. “The groundbreaking remote workflow connecting creatives on both sides of the Atlantic helped to make Wacken World Wide 2020 a huge success, and it opens up exciting opportunities for a wide variety of distributed production applications. We look forward to working with RRN on many more great events.”