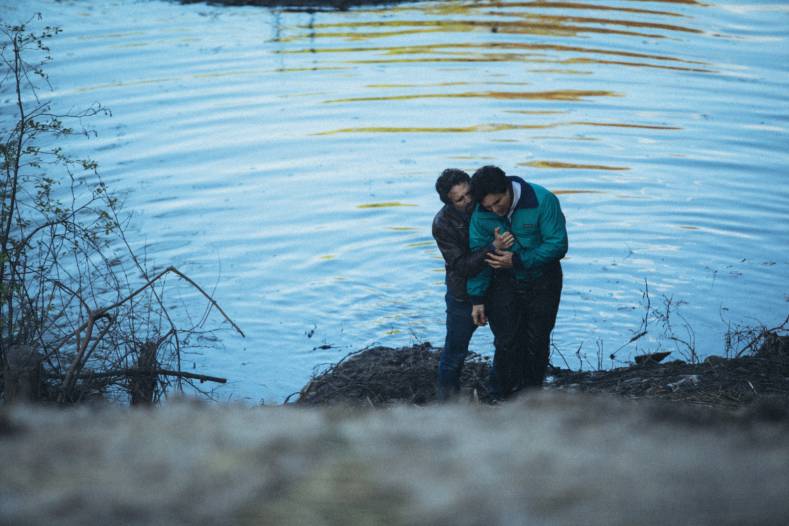 Four sets of Cooke Optics S4/i prime lenses and Kodak Vision3 500T 5219 35mm film help give “I Know This Much Is True” its period look.

Set from 1913 to the early 1990s, HBO’s six-episode limited series I Know This Much is True required director Derek Cianfrance and cinematographer Jody Lee Lipes to make a choice: What would the show look like? They agreed that a cohesive, period look for the project would be the correct choice — as opposed to a contemporary look — and decided that the marriage of Cooke Optics S4/i T2 prime lenses and Kodak Vision3 500T 5219 35mm film would be the perfect combination.

Mark Ruffalo, nominated for a number of awards for the project — including a Primetime Emmy® for Outstanding Lead Actor in a Limited Series or Movie — plays the roles of twins: middle-aged Dominick Birdsey who recounts his troubled relationship with Thomas, his paranoid schizophrenic twin brother, and his efforts to get him released from an asylum.

“Deciding on a period look led us to 2-perf film framed for a 2:1 aspect ratio, using a small piece of the negative to give us film texture with present grain,” according to Lipes. “I purposely underexposed the 1.7 million feet of film to accentuate the grain and muddiness.” That just happens to be the perfect environment for Kodak’s 5219, as it delivers high image-quality in low-light scenes, with higher signal-to-noise ratios. Teamed with the Cooke S4/i primes and Kodak 5219 were a number of ARRI Arricam LT cameras, optimised for smaller, lightweight usage in handheld mode.

“The Cooke S4/i lenses give me the perfect place to land,” explained Lipes. “They don’t draw attention to themselves. They’re not distractingly soft and not super sharp, but add so much aesthetic into the filmmaking technique. I didn’t need, or want to use a lens series that added an unrealistic quality to the images – and with Derek having used the S4/i lenses in the past, he knew exactly what we would get. Having a director already know that is a really big plus.”

“We started with two full sets of the Cooke S4/i prime lenses and four Arricam LT bodies — two 2-perf and two 3-perf (for some visual effects work) — that were all lost in a fire. It was a US$4 million loss, on camera equipment alone” said Lipes. “ARRI Rental was great, we got everything replaced and we were back up and running. The transition from the first two sets of Cooke S4/i prime lenses to the second set was totally seamless. They matched perfectly.”