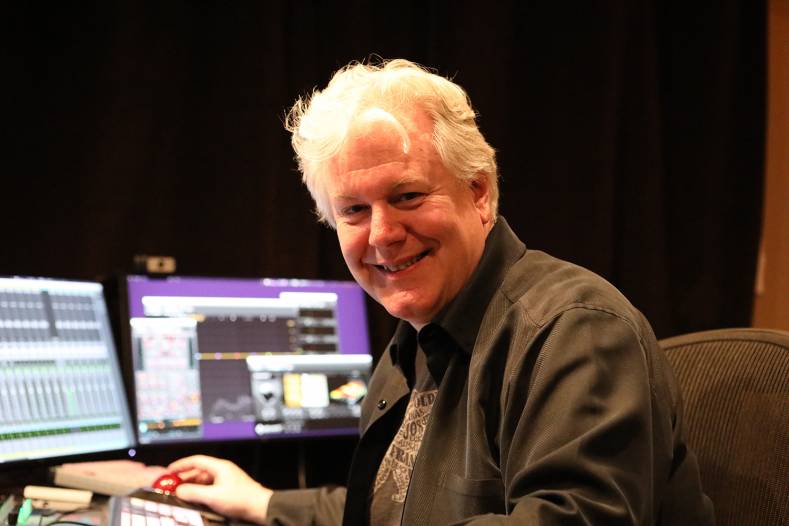 A variety of Nugen Audio plug-ins ensure pristine, streaming-compliant audio for a wide array of theatrical and streaming projects.

For over three decades, Warner Bros. Re-Recording Mixer Jonathan Wales has created audio magic for numerous feature films, documentaries and television shows. As content creation and technical specifications change, Wales finds himself having to adapt to newer audio compliance standards across a variety of platforms. In order to keep directors happy and viewers engaged with the enhanced level of creativity expected of today’s productions, Wales relies on a selection of plug-ins from NUGEN Audio. Two recent projects where Wales put his NUGEN software to good use was the Warner Bros. movie Dr. Sleep and the Netflix series 13 Reasons Why.

Included among Wales’ NUGEN plug-in toolkit is Halo Upmix, VisLM and SigMod. “Most content today is being mixed in Atmos to meet the latest streaming requirements,” he says. “As platforms, especially Netflix, push the technical standards, it is very important to have the tools necessary to meet the ever-changing audio mixing landscape. Being able to save time, cost and deliver that pristine and complaint audio is why my NUGEN plug-ins play an important role in my daily workflow.”

The one mixing plug-in that Wales finds himself using more than anything else is NUGEN’s Halo Upmix. “That software is in all my templates,” he adds. “Halo Upmix is incredibly valuable because it is highly compatible when you take the resulting mix and fold it down to different formats. If I use Halo Upmix for Atmos, it is still valid when we then take the 7.1 output. One of the things that’s a really big deal in this realm is the need for compatibility between formats. You can’t use a plug-in that does something cool in one format, but then actually messes up your work in a different format, to the point that it doesn't sound right anymore. Halo Upmix is great when we are folding the project down into smaller and smaller formats, which is really important.”

When it comes to Netflix projects, Wales relies heavily on NUGEN’s VisLM loudness meter to ensure compliance. “VisLM tracks the timeline as we’re working, which allows you to get a really good idea of how making changes will affect where you are,” he explains. “Most directors don’t care about loudness specs and don’t want them to exist. They prefer to do whatever they feel is creative. They need us to figure that part out without getting in the way of what they’re trying to achieve. However, if you’re pushing up against the loudness specification, you have to know how far you can push something before it leaves you unable to deliver the show. VisLM is very much the go-to tool for that purpose.”

Wales credits NUGEN’s SigMod signal modification plug-in as making it possible for him to, “do things with my mix that are otherwise really difficult. If you want to derive a mid/side signal and use that as a side chain for a different compressor, then SigMod is one of the ways you could do that. It’s one of those little audio tools for very technical problem solving or for just trying something that otherwise would be hard to achieve. I’m very keen on it because SigMod does things that nothing else does. It's straightforward and amazingly useful.”

Although his projects range in size and scope, Wales typically utilizes a Pro Tools workflow. He mixes on an Avid S6 console and utilizes new MAC Pro workstations, which allow him to do a lot more than he has been able to do before.

“My NUGEN plug-ins all work exactly like they should, which in my experience with some other plug-ins is not always a given,” adds Wales “With NUGEN, I can map the plug-in on the S6, and put parameters on faders, making it easier to dial things around in a dynamic way. The plug-ins obey all the rules and in terms of functionality are very stable; we have never had any significant problems. NUGEN is a great company because of its dedication to doing things right.”