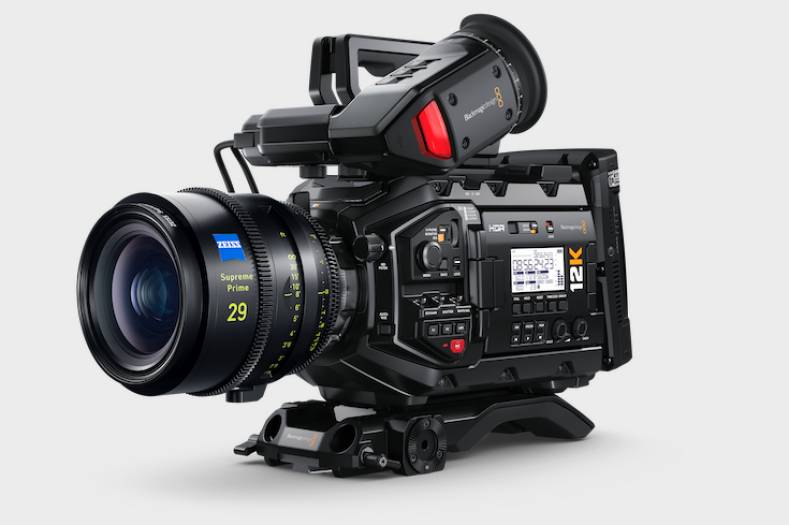 After hinting for months that it was working on a new high-resolution production camera for digital cinematography, Blackmagic Design announced the new Ursa Mini Pro 12K—for under $10,000. The camera is targeted at high-end filmmakers looking for pristine RAW recording in multiple resolutions. The camera begins shipping to select DPs in a few weeks.

In a YouTube Live streamed press conference, Grant Petty, founder and CEO of Blackmagic Design, said the company started designing the camera’s new Super 35mm sensor back when it was working on Blackmagic RAW, it’s visually lossless codec that combines the quality and benefits of RAW with the ease of use, speed and file sizes of traditional video formats. The goal, he said, was to make 12-bit RAW workflows in 12K resolution as familiar and easy as 4K productions.

“A lot of research and new technology has gone into this camera,” said Petty, adding that several patents have been applied for.  “It’s for the highest end work. We’ve been focusing on moving well beyond what our other cameras can do.” 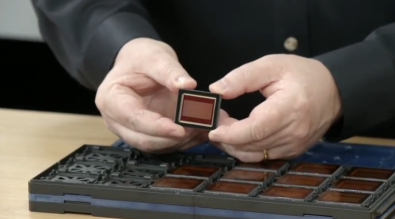 The Blackmagic RAW codec itself has been updated as well, with a new film curve for generation 5 RAW software. The company said the improvements offer better highlight roll-off, better skin tones, and more flexibility in post.

The $9,995 camera comes standard with a PL lens mount, but Petty said they are also offering an interchangeable mount to support Canon EF lenses. There’s also a USB-C slot for recording on external drives and a new (free) SDK that will be available later this year. 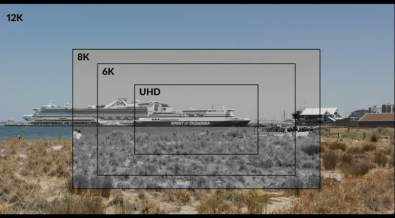 The new Blackmagic Ursa Mino Pro 12K is targeted at high-end filmmakers who might acquire in 12K and then reframe shots for 8K or 4K delivery.

It also features internal ND filters, Dual cFast cards, 12G SDI output, and USB-C port for recording on external SSDs. In addition, the camera can record on both cFast cards at the same time, offering up to 900 MB/s recording speed. Dual card recording means that every second frame gets saved on each card. If you lose one card, you still get a usable file, but with only half the frame rate.

Petty said that Blackmagic is pushing the higher resolution to enable filmmakers to acquire in 12K and then reframe shots for 8K or 4K delivery. Making the point that 12K workflows are practical, during the live staged press conference Petty edited 12K footage he had just shot in multi-cam mode on a Mac Pro.

“Within the new Ursa Mini Pro 12K, we’ve got the 12K sensor, RAW file format and the da Vinci pipeline all synchronized up so that we can do things that were never possible before.” said Petty.