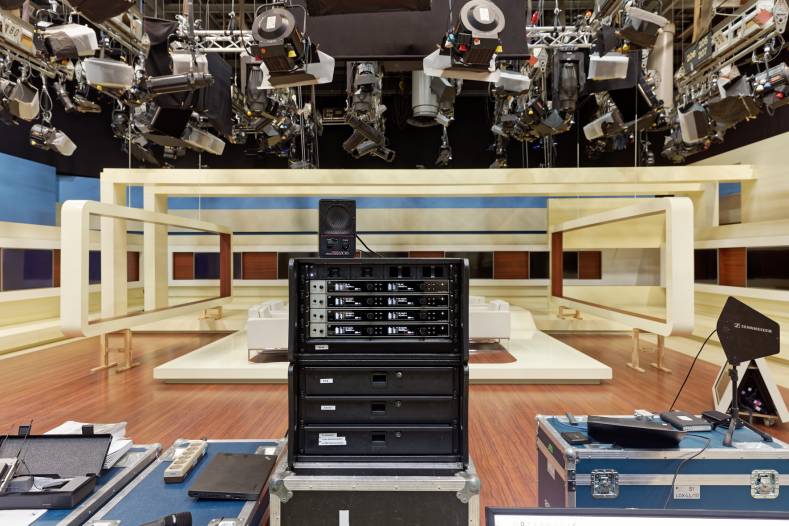 The Sennheiser Digital 6000 systems enable incoming antenna signals to be looped through to up to eight two-channel receivers.

Since the autumn of 2019, Studio Berlin GmbH, a production company with extensive production facilities in Berlin-Adlershof as well as several multi-purpose OB vans, has been using Sennheiser systems for the wireless transmission of audio signals. In total it has purchased 70 digital wireless channels.

These are supplemented by Sennheiser’s rack-mount charging solution, comprised of L 6000 charging stations with the corresponding charger modules and double battery equipment for all transmitters. As Berlin’s number one media location experiences incredibly high demand and utilisation of its facilities, the consistently positive experience with the Sennheiser Digital 6000 systems has led to Studio Berlin already considering acquiring an additional 24 channels.

“The sound of the Sennheiser Digital 6000 systems is impressive in every respect,” says Oliver Weißler. As a highly respected audio professional, Weißler has been responsible for the broadcast sound of numerous well-known TV formats at Studio Berlin GmbH for more than ten years. He explains: “Before we bought the new equipment, we held an elaborate ‘shootout’ to thoroughly compare the digital Sennheiser systems with products from other suppliers and with our wireless systems from the Sennheiser 5000 series, which have proven themselves over many years. Particularly with high frequencies, you can clearly notice the benefits of the companderless digital transmission of the Digital 6000 systems.” 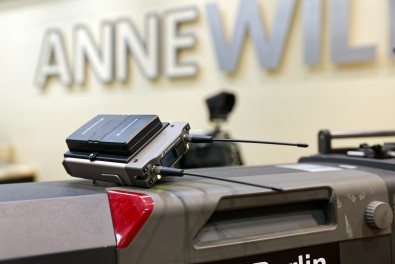 The Sennheiser EK 6042 two-channel camera receiver is compatible with the Digital 6000 systems in long-range mode.

“Problems with intermodulation just don’t exist with the Sennheiser Digital 6000 systems,” says Oliver Weißler. “Some of my colleagues first had to get used to the idea that they no longer needed to worry about calculating a complex frequency grid. With the Sennheiser Digital 6000 systems, transmission frequencies can simply be arranged at equal distances to each other within a free range. In the meantime, all of my co-workers and also our freelancers are absolutely convinced by the benefits of an equidistant frequency grid. In a digital wireless set-up, distances of 400 kHz work without any problems whatsoever!”

The Sennheiser Wireless Systems Manager is used by the sound engineers at Studio Berlin GmbH not only to set up the newly acquired Digital 6000 systems, but also for convenient remote monitoring of the RF and AF levels and the battery state of charge.

“The battery management feature on the Digital 6000 systems works incredibly well,” explains Oliver Weißler. “With the bodypack transmitters, we can easily achieve operating times of between ten and twelve hours in practical use, which means that we always have enough power for any show with just one battery. The handheld transmitters can operate for around four hours, which is absolutely fine, especially because we can always recharge batteries simultaneously in our L 6000 charging stations.”

Sennheiser Digital 6000 in use at Studio Berlin

During productions at Studio Berlin GmbH, the Sennheiser EM 6000 two-channel receivers are connected via their AES/EBU outputs with the mixing console system responsible for the broadcast sound, while the analog outputs provide signals for the studio audience PA system.

The Sennheiser Digital 6000 systems enable incoming antenna signals to be looped through to up to eight two-channel receivers, eliminating the need for external splitters. In practice at Studio Berlin GmbH, a maximum of four two-channel receivers are cascaded on the antenna side, which is due to the company’s usual transport solutions with eight or four channels housed in a flight case. Each case contains an L 6000 charging station and a computer with the WSM software. A second rack accommodates three 2U rack drawers, which are used to transport handheld and bodypack transmitters, various accessories, antennas and cables.

The Digital 6000 systems were able to demonstrate their superiority over competitors’ systems in a shootout both in the TV studio and on location during the production of well-known Saturday evening entertainment shows. The winning criteria – in addition to the sound quality which is known to be excellent – included the system’s user-friendly handling with its clearly structured menu guidance, its good operating range and the possibility to use an equidistant frequency grid. Another decisive argument in favour of choosing the Sennheiser equipment was the fact that the popular Sennheiser EK 6042 two-channel camera receiver is compatible with the Digital 6000 systems in long-range mode, while it can also be operated with the analog wireless channels already in use at Studio Berlin GmbH, including the company’s own SKP plug-on transmitters.