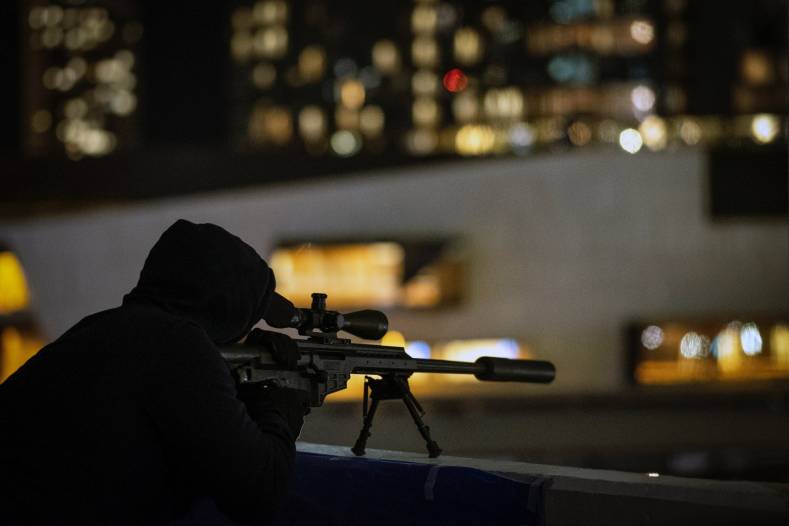 Australian actress Rebecca Gibney reprises her role as the smart and poised forensic psychiatrist, Dr Jane Halifax, which was originally written for her. This new eight-part mini-series returns to the character 20 years on when she receives a letter threatening her family and must find a sniper on the loose in the city.

“The original series always had exceptionally high production values – it was a quality show that enjoyed a good budget and featured the best actors,” said Hall. “For the new show, I wanted to carry on that feeling of quality and give it a big, glossy look.” “I was after a look that would put the series in a class of its own”

The mini-series was set and shot in Melbourne, a city that has grown and changed dramatically in 20 years. “I wanted to maximize the fact that it was a city-based show and get the most out of the landscape,” Hall explained. “The premise of the story includes an unknown sniper who could be watching from anywhere, so for a cinematographer it had great visual scope with vast nighttime cityscapes and selective points of view. With lots of night and low light scenes I chose to shoot full frame to make the most of the Cooke T2 S7/i lenses enabling him to capture a true, big cinematic look with Bokeh influence.”

Hall has been a fan of Cooke lenses for many years, so the choice of the S7/i lenses and shooting Full Frame was the direction he chose to go: “I love the characteristics that are consistent across all the Cooke lenses. You get great color rendition and unique, interesting focus characteristics –sharp but not harsh, and with the right focus drop off in full frame the images can be controlled to look painterly and create a fluidity of character with great depth. I also like the physicality and mechanics of the lenses; you always get the same sort of focus roll, smooth, consistent movement throughout the range – my focus puller loves them! Professionally I find them to be an absolute asset.

Hall chose a Canon C700 FF camera for the shoot. “I found it to be one of the best full frame cameras on the market for nighttime sensitivity, shooting at up to 6000 ISO – it did very well in low light, with very little noise. It also has a down-sampling feature that takes 6K down to 4K in-camera, which made for easier file transfer,” he noted. “The combination of a really sensitive camera with fast, reliable lenses gave us fantastic image quality, and suited the low light characteristics of the show. There were a lot of shots in apartments showing the city at night dominant in the background – we got some stunning blacks in the shadows as well as great color rendition.”

Hall also captured the /i Technology lens metadata for use on set and in post. “This information is so useful, a couple of times we needed to know what our lens settings were from a particular shot and we were able to refer back through to the /i data. It saves loads of time on set and in post,” said Hall.

HALIFAX: Retribution is scheduled to appear on Channel Nine in Australia later this year.