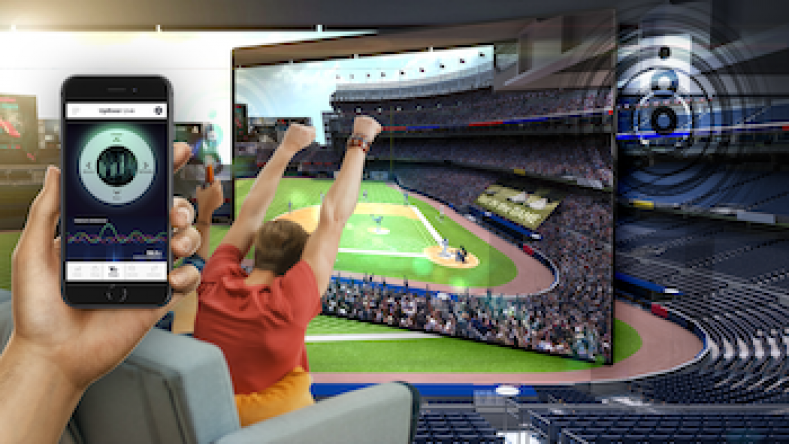 Motion Path, which designs augmented reality and real-time broadcast graphics, and Zenapptic.ai, a developer of virtual interactive experiences, is launching UpRoar Live!, a solution designed to bring spectator excitement back to live events.

UpRoar Live! addresses the problem by allowing fans watching the event on television or online to spontaneously express their reactions via an app. The various responses are compiled in real time and instantly trigger “authentic, proportionally mixed, and acoustically accurate” reaction sounds in the venue or as part of the broadcast.

In addition to audio, UpRoar Live! reinvents sports and entertainment experiences by allowing fans to trigger AR graphics within the broadcast of the event. Fans can also access interactive modules to participate in a number of activities including wagering, e-commerce, and social media interactions.

Motion Path will design and integrate customized AR graphics to suit a variety of sports and entertainment applications. Motion Path says it can populate entire stadiums with virtual fans and have them react based on data aggregated from UpRoar Live!

“We are not trying to fool audiences with the integration of AR. It’s just the opposite,” said Anton Maximovsky, president and CEO, Motion Path. “Instead we are creating an authentic, new kind of broadcast experience wherein fans at home dictate how the AR graphics behave. We can take this further by bringing fans into the venue through video conferencing applications and seamlessly make them part of the action.”

The solution runs on the Zenapptic.ai platform, which is described as an open, flexible, and scalable platform designed to build real-time virtual experiences for live events. The cloud-based platform will drive custom interactive modules on behalf of teams, events, leagues, artists, and brands. Each venue or event will be able to design and launch specific fan engagement experiences ranging from uploading video and images to in-venue screens to virtual reality interactions.