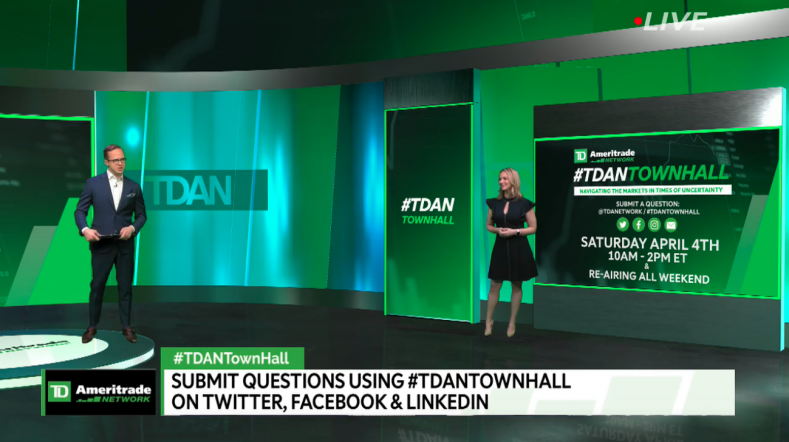 Brainstorm and US reseller Broadcast Management Group, have helped TD Ameritrade Network to migrate its Market Drive physical events online by placing them on a live virtual Town Hall.

TD Ameritrade Network (TDAN) agreed, and asked BMG to produce the first event in six days. On Saturday, April 4th, BMG produced a four-hour-long, live Town Hall for TDAN at their Chicago Studio. BMG created all of the show graphics, a complete virtual set, and also configured six remote locations. This was followed on May 30 with a second virtual live event and with two more in the works.

Brainstorm has been TD Ameritrade’s trusted virtual set solution over the past three years. BMG used one Infinity Set renderer together with a traditional control room to cut the show. Studio camera feeds were PTZ cameras, and the remote feeds were brought in utilizing LiveU.