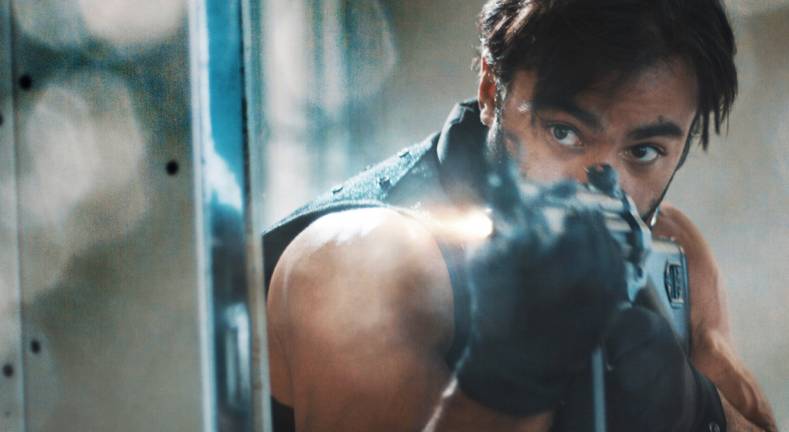 Modern Wardudes is a parody of first-person shooter games like Modern Warfare and Call of Duty created by Ascender principal Stephen Ford.

He used the Blackmagic Pocket Cinema Camera 4K to produce a pilot last year. “Right away I was blown away by what we could create in such a small package,” he says. “Given our run and gun style of filmmaking we don’t always have time to set up a lot of lights or do extensive set decoration.”

In postproduction, the Ascender team moved from other platforms to DaVinci Resolve Studio because of the ecosystem the software offered. The show was edited and fully finished within Resolve.

“I went from knowing nothing about Resolve to being totally proficient within a weekend of watching tutorials. It sped up how quickly we’ve been able to grind out our videos. I tell literally every creative I know that even if you don’t have a Blackmagic camera, you should still learn Resolve as it just makes your production process so seamless.”

With the success of “Modern Wardudes,” Ascender is looking beyond the series into new content. “I’ve got my sights set on a properly executed Doom film, invoking all of the 80’s/90’s action films that helped mold me growing up,” said Ford. “But right now, we’re just creating some cool videos for digital and festival release. Maybe we will be producing a full feature using Blackmagic Pocket Cinema Cameras. That sounds like fun.”