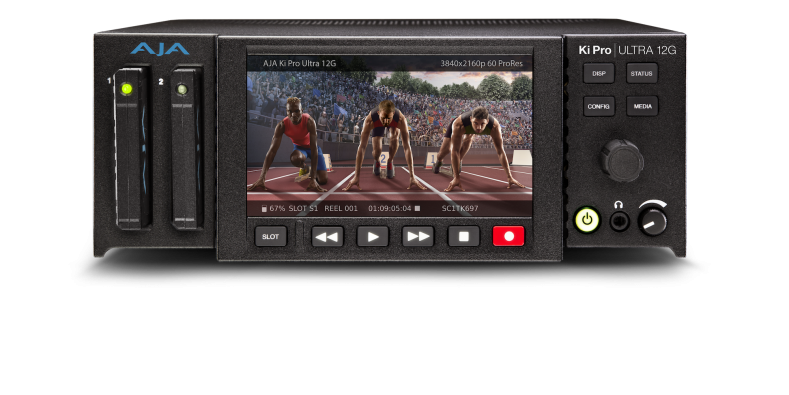 “Demand for 12G-SDI solutions is soaring as production professionals strive to create more streamlined workflows with enough bandwidth to carry higher fidelity HDR, high frame rate and 4K/UltraHD signals over a single cable,” explained Nick Rashby, President, AJA Video Systems. “Building upon the same framework of the production-proven Ki Pro Ultra Plus, we’ve developed the next-generation Ki Pro Ultra 12G to offer recording and playback of the highest quality video signals with 12G-SDI connectivity to streamline recording and playback – whether on set, in live venues or within a broadcast studio.”

Suited for a range of production environments, Ki Pro Ultra 12G features include: