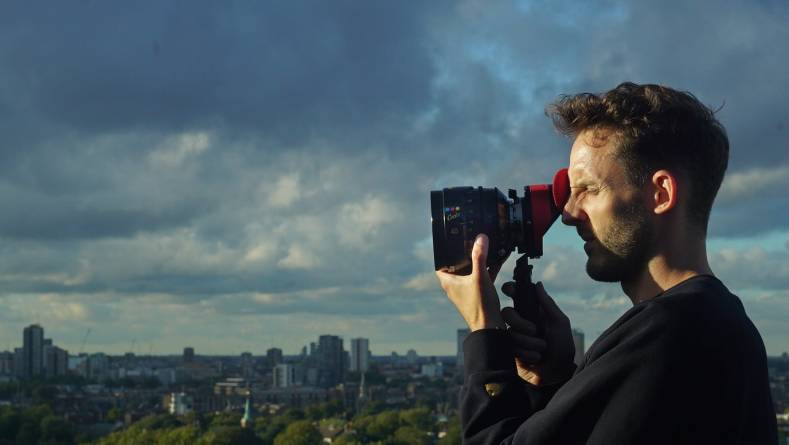 Pimm said he is very familiar with Cooke lenses, having shot extensively with them since film school.

Cinematographer David Pimm used a set of Cooke Optics Panchro/i_Classic lenses for “Save Me Too,” the follow up to Sky Atlantic’s BAFTA-nominated and RTS award- winning first series “Save Me.”

"Save Me Too" is the continuing story about a man struggling desperately to find his daughter Jodie, with the makeshift support of the close-knit community around him. Created, written and starring Lennie James, the series is directed by Jim Loach and Coky Giedroyc.

For Pimm, the challenge was to build on the look of the previous series.

“The story takes place on a vibrant estate with colorful characters, and the look reflects that reality. It’s beautifully saturated, but we tried to take the edge off primaries and lean a little towards slightly subdued tones,” he said. “The second series takes place over a year after Jodie goes missing, and for me the material was darker, so we dipped our toes into that world with the visuals too. My aim was to balance the vibrancy of the community and pursue a sense of naturalism without becoming gritty or bleak.”

Pimm said he is very familiar with Cooke lenses, having shot extensively with them since film school. Having heard about the Panchro/i Classic lenses just before he signed on to the “Save Me Too” production, he tested them and immediately turned to them upon accepting the challenge.

“The Panchro/i Classics provide that wonderful, unique Speed Panchro look, but with all the reliability you usually sacrifice when using old lenses,” he said. “These lenses do quite remarkable things, yet at the same time they don’t steal attention or distract from the story telling. It’s a real sweet spot.”

Much of “Save Me Too” was shot at night, so having lenses quicker than T2.8 was very helpful. “There were numerous scenes where the performance of the lenses really helped me. One of them was a darker scene which was lit predominantly by the LED light of a smartphone and, combined with some excellent production design, it worked beautifully,” he recalled. “The blacks are deep and rich and the image didn’t go muddy or fall apart. The lenses performed well in low key situations like this, often working wide open or 1/3 of a stop down.”