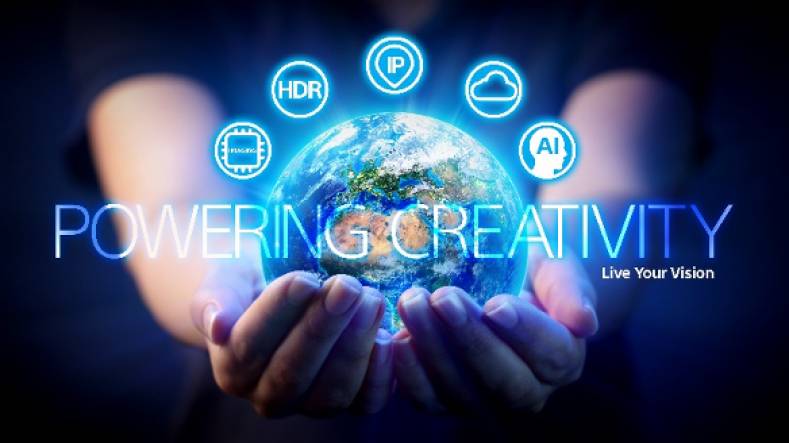 HDR support across the board.

Sony says it is supporting HDR across its professional solutions range. New collaboration and content management tools include an enhanced hybrid asset management solution that unifies Ci and NavigatorX.

Sony says its SR Live Metadata workflow focuses on creating live HDR and SDR programming simultaneously by a single production unit. Sony HDC camera settings are captured by the camera and sent throughout the production process. This allows the SDR production to be “perfectly replicated”, as intended by the shader. Only the HDR signals need to be switched and routed, eliminating the need to add separate production staff to handle the SDR.

In addition, file-based production systems, such as the PXW-Z750, PXW-450 and PWX-X4003 camcorders, will support SR Live Metadata with the application software Catalyst Prepare by of the end of 2020.

The PXW-X400 2/3” shoulder mount camcorder will have an optional HD HDR license from July, adding 1080 60p/50p HDR capability to the model.

Sony’s XVS series switcher also supports HDR conversion. Sony will also offer two new mix effect boards: the XKS-8215 for the XVS-9000/8000 switcher and XKS-7215 for the 7000 model. The new boards offer four keyers per 4K ME, with resizers, chroma key, and key priority. The HDR conversion support and these new boards will be available early 2021.

Transforming Operations With The Cloud

Sony says, “Enhanced hybrid operation of NavigatorX and Ci: Sony will provide a world-class hybrid asset management solution from June 2020, unlike anything the industry has seen. Customers will be able to manage content in any facility or in the cloud.”