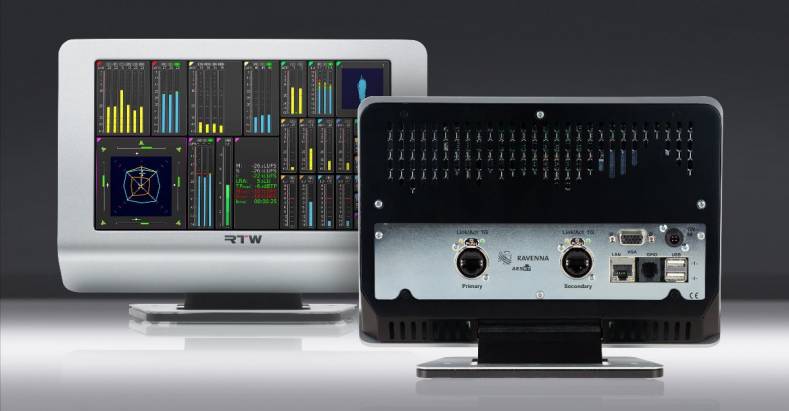 RTW has announced ST 2110 compatibility for its Dante- and Ravenna-compatible TouchMonitor TM7 and TM9 models.

The new TM-Dante and TM-Ravenna units are now available with ST 2110 functionality, and existing owners can add this option via a free firmware update.

“ST 2110 is the latest standard within Audio and Video over IP and we expect it to replace SDI solutions over time,” said Mike Kahsnitz, RTW Senior Director of Product Management. “SMPTE ST 2110 is a major contributing factor in the development toward a single IP-based mechanism for the professional broadcaster.”

He said that like SDI, the IP standard carries audio, as well as video and metadata, but unlike SDI, it is based on IP technology, which makes it a true network, rather than point-to-point.

“Broadcast is beginning to make a shift toward a truly networked infrastructure and we obviously want to continue developing our solutions accordingly,” Kahsnitz said. “These professional audio meters are now available for broadcasters and content providers adopting the new IP-based infrastructure.”