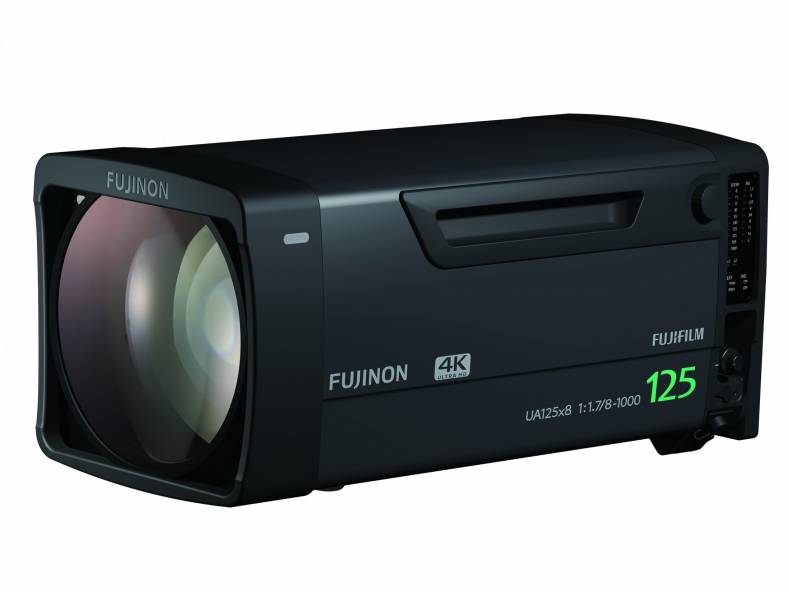 FujFilm has introduced a 4K-compatible broadcast lens with an extremely high zoom ratio of 125X. The new UA125X8BESM (UA125X8), is one of the newest additions to Fujinon’s UA Series of 4K lenses. It features improved optical image stabilization technology.

The UA125X8 box lens covers a focal length from the wide-angle of 8mm~1000mm, with an F1.7 aperture. It is now the longest and widest 4K field lens for Ultra HD applications in the Fujinon UA series, designed for unparalleled 4K performance imaging from today's new 4K 2/3" cameras. The new lens uses the company’s proprietary optical technologies to achieve vivid color reproduction and high contrast, producing video with rich gradation using HDR (high dynamic range), which makes it a perfect choice for live coverage of sporting and music events.

“This new UA125x zoom has everything on a producer’s wish list for long-distance 4K UHD shooting,” said Thomas Fletcher, Director of Marketing, Optical Devices Division, FujiFilm North America Corporation. “With its high resolution, high contrast, high dynamic range and our improved optical image stabilization technology, the UA125x captures pristine, rock-steady 4K UHD shots. It can do so at great distances but also features a surprising field of view on the wide end. With an aperture F no. of 1.7, virtual reality connections, and 16-bit encoders, the UA125x8 will soon become the standard for 4K UHD and HD production worldwide. We’re very excited for people to see what this lens can do.”

In addition to having the highest 125X zoom magnification, the UA125X8 also boasts advanced 4K-compatible optical performance, image-resolving capability and rich gradation of tones. It also has high-performance optical image stabilization, nine-blade aperture for natural bokeh, and is equipped with 16-bit encoders.

The penetration of 4K-compatible large-screen television in recent years has increased opportunities for enjoying high-definition 4K video. Amidst accelerated introduction of 4K-compatible video equipment, there is a growing need at the production frontline for high-magnification zoom lenses capable of capturing dynamic close-up video of a distant subject in 4K quality.

Thanks to the world’s highest 125X magnification zoom and optical performance that supports 4K video, the UA125X can capture facial expressions and gestures of athletes on the field and performers on stage. Having the world’s highest wide-angle focal length means the lens can also capture an entire sporting or live music venue. 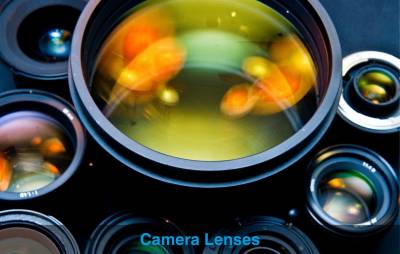