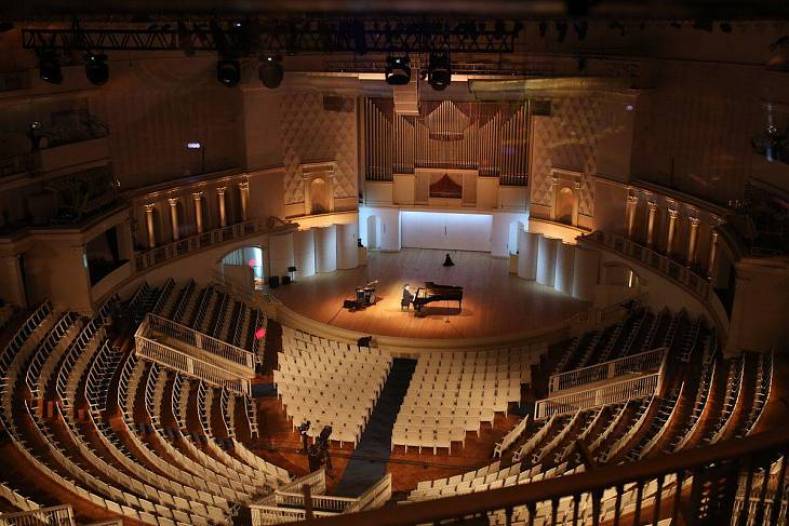 Nevion Virtuoso with TICO compression technology is used in Russia for online broadcast of Home Season.

The software, incorporating TICO compression technology, is allowing Synterra Media to broadcast live events in Ultra HD (UHD/4K) as part of its Home Season project. The project is helping Russia’s cultural community continue entertaining audiences online despite its institutions being forced to close their doors to visitors to prevent the spread of COVID-19.

The Home Season online project was opened by classical pianist Denis Matsuev, whose performance of Tchaikovsky’s “The Seasons”, as well as of jazz compositions, was broadcast to more than 1.5 million viewers in Russia. Since then, the Moscow Philharmonic Society has been conducting live broadcasts of concerts to a virtual audience.

The project has marked the first use of Nevion Virtuoso with TICO compression technology in Russia, providing a 4:1 compression of UHD/4K signals for transport over IP networks with low delay. Synterra already used Nevion Virtuosos with JPEG 2000 media functions, which were first employed for the 2018 FIFA World Cup. Moving to TICO required a software upgrade, exploiting the virtualized functionality of Nevion’s flagship software-defined media node.

The first live concert, for which Synterra Media partnered with Match TV, was broadcast in UHD/4K on the Premier platform and on the Odnoklassniki social network, as well as in HD on the Moscow Philharmonic Society’s official website. Home Season is also being broadcast on online platforms Culture.RF, VKontakte, Yandex.Air, the international news channel RT, Publishing House Komsomolskaya Pravda, ClassicalMusicNews.ru and Medici.tv.