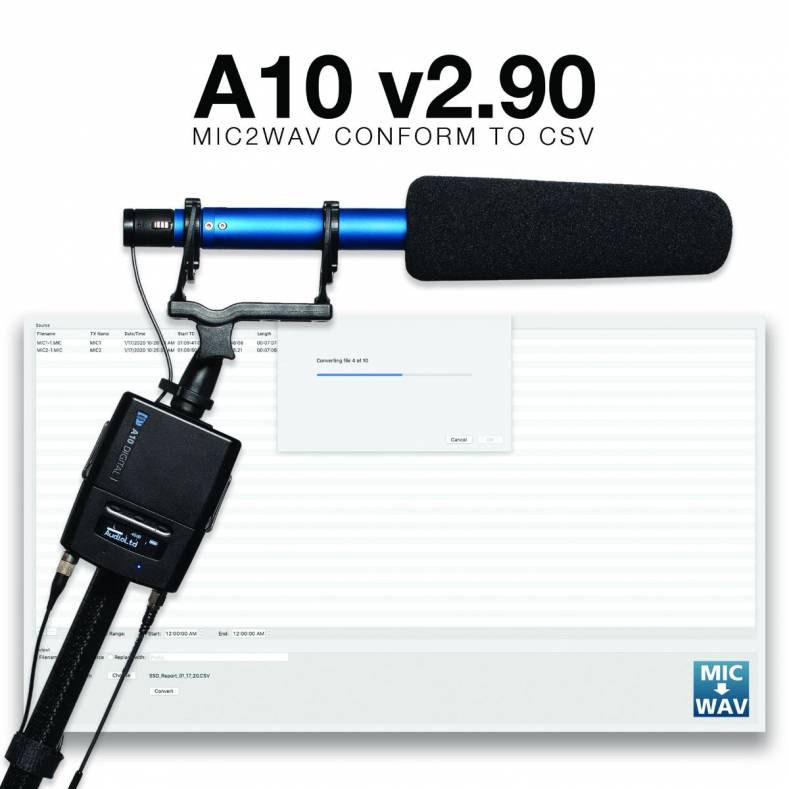 The new A10-TX, mounted here on a boom mic, has been given a new firmware upgrade.

Firmware 2.90 features key improvements for both production and post-production.  Most notably, the companion application Mic2Wav introduces the “Conform to CSV” feature, which converts audio files recorded on an A10-TX to WAV files using a CSV sound report from a MixPre Series, 6-Series, or 8-Series Sound Devices mixer-recorder.

Nicholas Vandrush, Director of Marketing at Sound Devices, said the new Conform to CSV feature saves time in post-production by extracting only relevant bits of a MIC file based on what was captured on the production’s mixer-recorder. Important metadata like Scene, Take, Tape, and more is copied from the sound report to the converted WAV file.

In addition, the A10-RX features expanded RF indication: the A10-RX’s red LED illuminates and the screen displays ‘RF Overload' when the incoming signal is too strong. Reducing RF power on the transmitter, increasing the distance between TX and RX, or applying attenuation to the antenna system in use will correct the overload. The A10-TX transmitter and the A10-TX Remote companion application have also been improved.