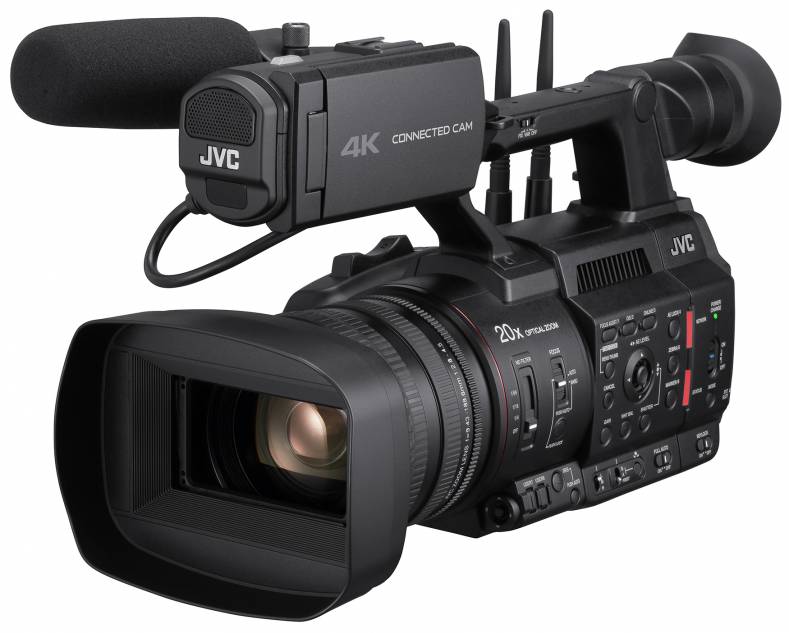 Edgar Shane, General Manager, Engineering, JVCKenwood USA Corp., said that JVC had continued to support QoS technologies that enable efficient, robust and secure IP-based workflows. The addition of the SRT streaming protocol offers customers another choice for video over IP transport in addition to the existing Zixi protocol support that’s been available to JVC Connected Cam customers for over a year.

Developed by Haivision, SRT is an open source video transport protocol and technology stack. It is optimized for video streaming across unpredictable networks like the internet. The protocol, which grew out of the desire to sidestep the high costs of satellite and private network contribution, relies on end-to-end 128/256-bit encryption to keep content secure. SRT support for JVC Connected Cam cameras is available as a firmware upgrade from the JVC Professional Video website.

“By introducing support for the SRT protocol, JVC Connected Cam can leverage any network to deliver a best-in-class video streaming experience,” said Jesús (Suso) Carrillo, Director SRT Alliance at Haivision. “SRT connects edge devices to the cloud in a reliable and secure way, whether it be for live news gathering or transferring files to the studio. With this implementation, JVC Connected Cam ensures reliable cloud-based workflows, whatever the network conditions.”

The JVC Connected Cam series of cameras leverages IP packet delivery technologies to enable bi-directional connectivity for transport of video, audio and control signals throughout the production workflow. It also allows for IFB and return video to Connected Cam cameras in the field. The series transforms the reach and scope of professional video production. They are equally well-suited to applications as simple as streaming to a social media site or as sophisticated as acquiring and transporting ENG and EFP content to a control room, either live or via FTP.

Bi-directional IP packet transport moves live video and audio between the camera and studio, among multiple Connected Cam units and even as streaming media to social media sites like Facebook. The cameras can also transport files via FTP transfer. Two channels of IFB communication via IP connection allow a studio producer to talk to the camera operator and talent in the field, while return video from the studio transported via the same connection makes it simple to ensure shots are framed accurately.