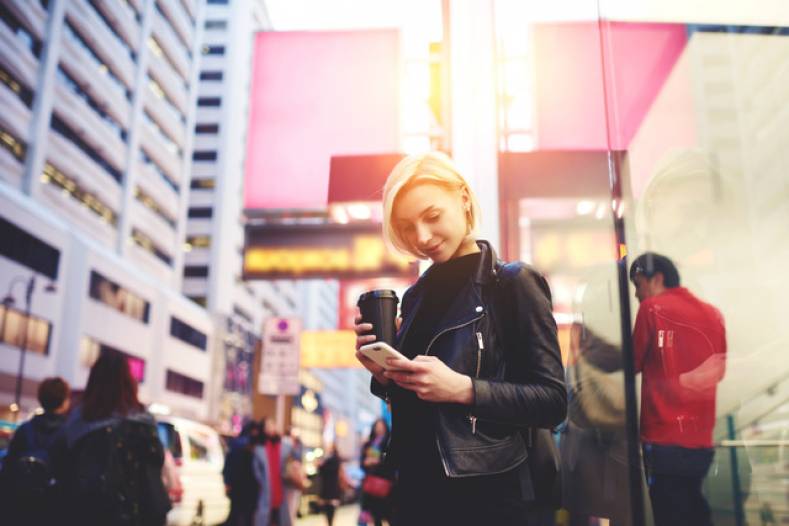 5G could have a transformational impact on video distribution, but what is the status today, how far has testing and commercial applications advanced and what does the future hold? The Broadcast Bridge interviews Yann Bégassat, Business Development Director at Broadpeak.

The biggest transformational impacts of 5G on video distribution will be an increased end-user quality of experience (QoE) and the possibility to generalize higher bitrate video formats such as UHD, 4K, and VR on mobile devices, mainly thanks to the leap forward in radio access capacity with 5G.

There will also be network cost savings (or in a collateral way, an increased end-user QoE, again) coming from the distribution of dynamic and elastic caching functions deeper in network operator networks. This relates to the transformational architecture changes in 5G and the emergence of an edge layer.

In addition, 5G will enable new business models, where network operators will be able to expose, directly or via a broker, their network assets (including the above-mentioned highly-coveted edge layer) and network capabilities (in terms of throughput, latency, reliability, connectivity, etc.) toward a variety of video content and application providers. The key 5G enabler here is network slicing, which starts in the 5G core network and expands to the transport, radio access, and applicative domains.

These applications all benefit from the huge radio access capacity brought by 5G. However, the most expected 5G applications (AR/VR, smart factory, self-driving car, telesurgery, etc.) won’t be able to leverage edge caching and network slicing until at least a couple of years, aside from experimental or small-scale frameworks.

How advanced is the testing and development of 5G video applications and when will we see these commercialised?

We see that live programmes like sports events, which still represent a major part of the audience, will be enhanced with functionalities, such as multi-angle viewing, made possible by ABR streaming and 5G.

At another level, functionalities like server-controlled ABR streaming will permit operators to better control their video over 5G streams and allow them to deliver multi-layer, low-latency streaming to mobile viewers.

What would you anticipate to be the changes in video distribution enabled by 5G further along the adoption curve?

The most promising opportunities are deep edge caching and network slicing.

Edge caching will be enriched with new functionalities to make caching more effective in terms of maximizing the twofold objective of network cost-efficiency and end-user QoE. Today, edge cache servers are located in a few points of presence (PoPs) in operator networks, because they need — for local breakout purposes — to be co-located with user plane mobile core network functions, which are relatively centralized.

As the edge infrastructure develops, new functions and resources will appear, including mobile core network functions that are getting more and more distributed. We should see a multiplication of eligible PoPs for the edge cache nodes as well, by definition located deeper in the mobile network (much closer to the end-users). This is good news because it will enable content delivery networks (CDNs) to be more distributed in the networks, deploying granular capacity where demand is to meet the fast growing video streaming traffic.

However, deep edge caching is not without challenges. The most appropriate locations for the edge cache nodes depend on a number of factors that vary over time, including population density, locally-viewed content popularity, network topology, edge location and resource availability (computing, network and storage). Therefore, edge caching has to be truly dynamic up to a point where the edge cache nodes should ideally not be pre-provisioned. Edge caching Virtual Network Functions (VNFs) should be instantiated on-demand, with scaling properties, and then be released as soon as they become ineffective.

How important will the impact of network slicing on 5G video distribution be?

Network slicing is less a technical challenge than a business model issue. Although, it raises a number of important technical and operational concerns, too, such as complexity of implementation, segmentation of orchestration systems, and absence of end-to-end standardization.

We are currently observing two major market trends that are likely to create a great opportunity thanks to network slicing. On one hand, the pay-TV and video streaming industry is in full swing, notably with the segmentation of this market due to the multiplication of content providers and streaming platforms that want to differentiate their catalogue through content, price and the user experience they deliver to their subscribers. A “poor user experience” is the third most cited reason why subscribers terminate their streaming service subscription. On the other hand, network operators have a critical need to increase their stagnating or even declining revenues. One solution is to start better monetizing the huge video traffic that their networks carry.

It is now commonly agreed that 5G, a technology with many benefits directed to verticals (industries, utilities, public sector, cities), will never deliver on its promises if network operators and verticals do not closely collaborate.

In the broadcast and video industry, collaboration means mainly two things. Agreeing on a higher level of technical integration between network operator and content provider is necessary in order to optimize the video delivery chain (CDN, transport network capacity, use of PoPs) while maximizing the end-user QoE. It’s also critical to reach an agreement on a business or revenue-sharing model that suits everyone’s expectations. This is exactly what network slicing, in its most accomplished form, was designed for.

Network slicing will allow network operators to expose their network with various possible Service Level Agreements (SLAs) to video content providers and gain revenue from it. For instance, the network requirements will differ between a live sports streaming channel and a UHD/4K VOD service. The former will require a very high capacity and an absence of delay during a limited and deterministic period of time, while the latter will need a high throughput during the various peak hours. The pricing will be defined accordingly, in proportion to the consumed network resources with respect to the SLA.

On content provider’s side, network slicing will give them a much more flexible platform, for instance, to deliver their content with the adequate and guaranteed quality of service, segment their offerings (e.g., deliver different video formats according to the type of content), and launch promotional offers while maintaining control over the QoE.

Network slicing will foster service innovation and encourage healthy competition within the pay-TV and video streaming market, as well as give validity to operator networks, eventually. 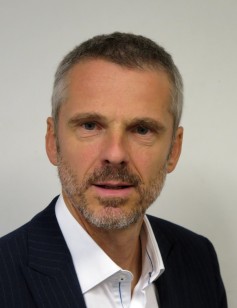 How important is the need to develop multicast alongside 5G and what are some of the key challenges in addressing this?

It is hard to predict whether multicast will play an important role in 5G. We believe it is far from being successful. Many challenges of multicast in 4G (FeMBMS) will remain in 5G (such as the low number of supporting and enabled terminals, engineering complexity, new network elements/functions required). Furthermore, the huge radio cell capacity brought by 5G could nip this technology in the bud (as multicast precisely aims at saving radio resources).

Finally, eMBMS is not yet standardized for 5G, and despite the expected technical improvements a lot of architecture and protocol questions remain. From our point of view, this does not provide reassurance on this technology.

What key steps are video providers actually taking in 5G and how can they mitigate the risk of investing in 5G distribution?

Network operators are currently not changing much about their video delivery infrastructure as they deploy 5G. However, they will progressively invest in deep edge caching and network slicing to optimize and monetize their video distribution.

As the mobile edge is being implemented, content providers will be able to use this infrastructure for their video delivery to improve the end-user QoE and optimize their CDN costs.

We have observed that the DTT spectrum has been losing ground to the 3GPP mobile spectrum for a while now. Furthermore, broadcast and multicast transmissions have not been the priority in 5G standardization. Yet, broadcasters can see 5G as a real opportunity to distribute their content, which is increasingly viewed on the go. Without a doubt they will continue to explore this avenue.