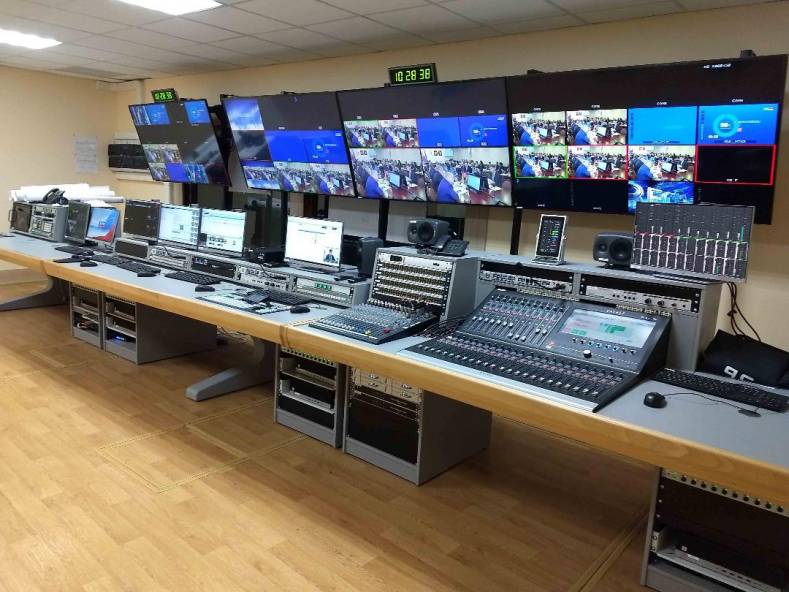 The Calrec Brio will be used in combination with Calrec’s Br.IO Stageboxes to expand the broadcaster’s audio capabilities.

The All-Russia State Television and Radio Broadcasting Company (VGTRK) is completing the installation of 30 Calrec Audio Brio36 audio consoles into its vast network of regional studios. The order is part of a 10-year HD network upgrade program.

Ilya Lebedev, Chief of Regional TV systems Department at VGTRK, said the challenge was that they needed an audio console that would work seamlessly across different stations with varying needs over a wide territory. Local systems integrator OKNO-TV suggested using the Brio console for its studio upgrades.

“The Brio is a vast improvement over what we were previously using in these studios, with superb sound quality,” Lebedev said. “In combination with Calrec Audio’s Br.IO Stageboxes, this expands our capabilities and gives us the flexibility and sound quality that we need across various production formats.”

These 30 television studios are part of a huge network of more than 80 television centers that are located at regional capitals and produce a wide range of content including news and entertainment programming, often both in Russian and the local regional language. Each studio is installing a Brio36 as the main console, a Br.IO Stagebox to expand the I/O capacity, along with an Allen & Heath ZED16 as the backup console. The Br.IO Stageboxes are being used for wired and wireless microphones, speakers, and wireless monitoring transmitters.

VGTRK owns and operates multiple international, national and over 80 regional TV and radio networks. This includes “Russia 24”, which is Russia’s first 24/7 news channel, as well as the popular RTR-Planeta, which is VGTRK’s international service that’s available throughout the world via cable and satellite.