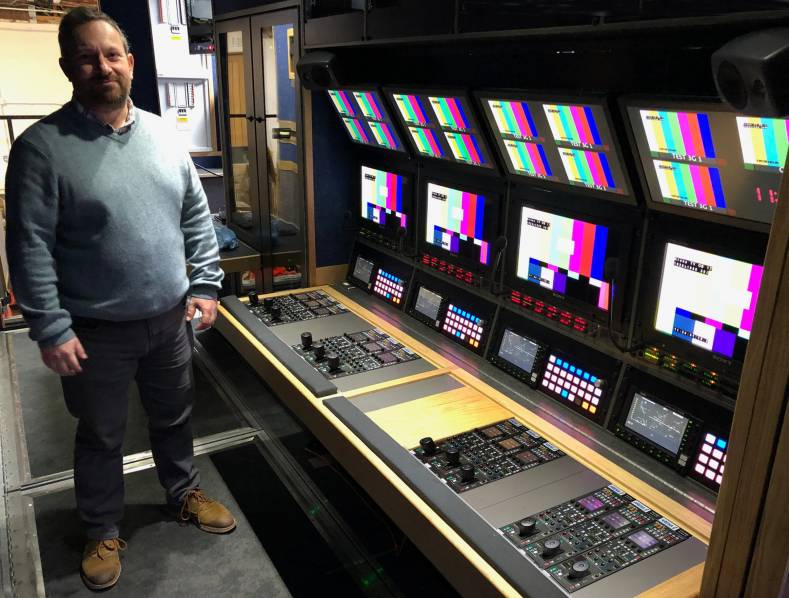 Two significant video production facilities, one OB the other fixed, upgrade their HDR and WCG measurement and monitoring capabilities.

Primarily operating in HD-SDI SDR and HDR, with Quad HD as an option, OB17 incorporates an IP layer in key areas to add extra flexibility. Onboard features include a 240 square foot production gallery, 16 camera channels, an 80 input Sony vision mixer, a Grass Valley hybrid router with 365 video inputs and 798 video outputs, a monitor wall with up to 180 configurable video preview windows, and a Calrec Artemis Beam audio console.

"OB17 is a powerful HD-HDR/SDR truck built for assignments such as light entertainment," says Dafydd (Daf) Rees, Deputy Director of Operations at Arena Television. "Its first job was for ITV's coverage of the Royal Variety Performance last November. HD-SDR is still the dominant production format but we are seeing a steady increase in demand for HD-HDR."

"We chose Leader LV5350 waveform monitors for the shading suite because they support both standards. Their half rack width 3U form factor was also important to us. Having the Leader display directly below the main shading monitor is an ergonomically efficient way of shading rather than having to look away to a rasterized display on a separate screen. Our production crews find the LV5350 very easy to use as it provides all the information they need clearly and quickly which is vital when racking a live event,” he continued.

“OB17 is also equipped with a PHABRIX Qx rasterizer which is used to analyze outgoing signal flow. The Leader and PHABRIX products complement each other rather than overlap." The OB17 project was managed from conception to delivery by Arena’s in-house project team who were tasked with sourcing all the equipment for the truck. 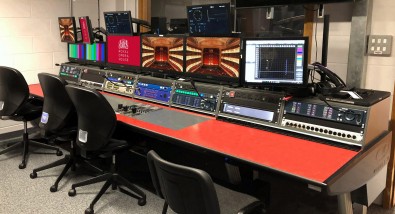 Leader Europe provided two LV7300 rasterizing waveform monitors to the Royal Opera House (ROH) in London's Covent Garden. They were added in an extensive UHD/HDR upgrade to relay stage performances for live viewing by cinema audiences in Europe and for distribution to other venues around the world.

"We needed instruments that would operate reliably in our current HD-SDR production environment and in the 4K-HDR standard to which we aspire," comments ROH Media broadcast engineer and production mixer Mark Thackeray. "The Royal Opera House in London has been broadcasting live to cinemas in 5.1 surround sound for 10 years. In any one season we transmit 12 or more productions."

"Our first 4K-HDR project was a documentary in 2017 for NHK. Leader lent us an LV5490 portable waveform monitor for that production as we needed the ability to capture, monitor and deliver Rec. 2020 wide color gamut video. The instrument functioned well both as an engineering reference and with its intuitive CINEZONE and CINELITE toolsets which are particularly useful during live production.

"For permanent installation, we decided on two LV7300 rasterizers which provide a full set of 12G/3G/HD/SD-SDI measurement facilities that our production staff can view on a larger display screen. The instruments are useful both to ensure accurate color matching of camera channels and for ensuring that we are delivering the best possible signal quality right through the production chain."