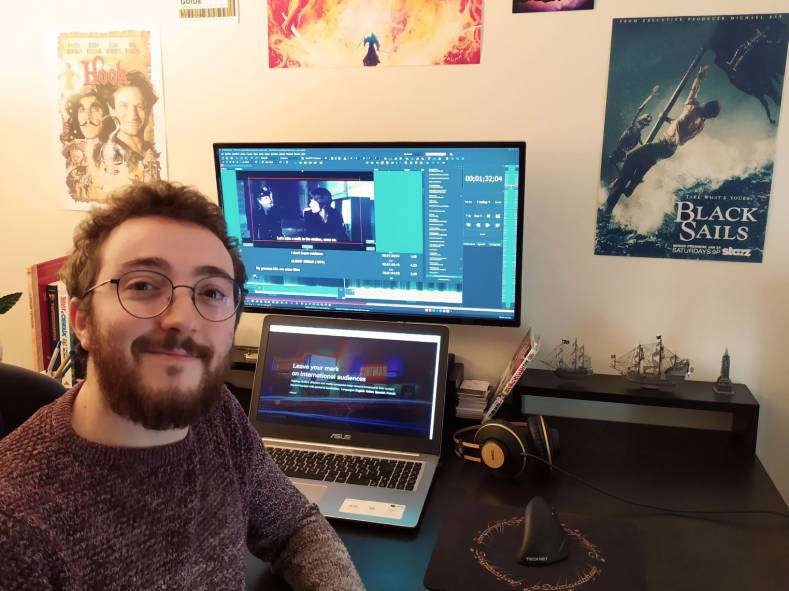 Mimmi provides specialized translation services across many languages such as English, Italian, Spanish and French.

Through his company Auvi Translator Pro, film and TV subtitler Riccardo Mimmi helps filmmakers localize content that is faithful to their creative intent.

Using SubtitleNEXT and proprietary online cloud platforms, Riccardo Mimmi’s role as a localization specialist and subtitler entails complex projects that involve translation and adaptation of content, where he has had to recreate the tone in documentaries, TV series and movies to suit the target audience.

Localization entails adapting cultural references in a movie or series to local standards or expressions which he excels at. From the synopsis phase through to pre-production and post, Riccardo’s expertise covers lip-sync dubbing and voice-over screenplays, dialogue lists and audio description for the visually impaired. His skillsets are vast and he also works on video game and app localization.

“Subtitles have to abide to very strict requirements in my line of work,” Riccardo explains, “So I chose SubtitleNEXT which is a reliable professional subtitling software to ensure 100% accuracy, and it supports all popular formats like .stl, .srt, .dfxp, .pac, Digital Cinema and more.”

Riccardo has an impressive portfolio and has been translating and subtitling literally hundreds of well-known movies, TV series, and documentaries from major Hollywood studios, broadcast networks and online streaming companies such as Netflix and Amazon over the course of his entire career. Some of the many titles he has worked on include the likes of, ‘Klaus’, ‘Salvation’, ‘The Man in the High Castle’, ‘Vikings’, ‘American Hustle’, ‘The Americans’, ‘The Office’, ‘Easy’, the thriller film ‘Hold the Dark’, ‘Oprah’s Book Club’ and others.

Passionate about his work, Riccardo adds, “The goal of any filmmaker is to convey messages and emotions by transposing stories and characters to the screen. Localized versions are only as good if they are faithful to the creative intent that sparked their creation.”

Ivanka Vassileva, CEO of PBT EU, a distributor of SubtitleNEXT software says, “Riccardo is a dynamic professional with an excellent reputation in the film and television industry for his outstanding subtitling and localization skills, and we are proud that he is part of the growing SubtitleNEXT community. There is no limit to what he can do in his field, and we are thrilled to support him and continue to enjoy a close relationship with him on the many projects that he has lined up using SubtitleNEXT.”

Being an active member of SUBTLE and The Subtitlers’ Association keeps him informed of industry trends, and he is also involved in education and training. He is in collaboration with ISTRAD’s Masters in Audiovisual Translation as an Italian tutor, where he helps students learn how to produce subtitles and dubbing according to the highest professional standards and best practice.