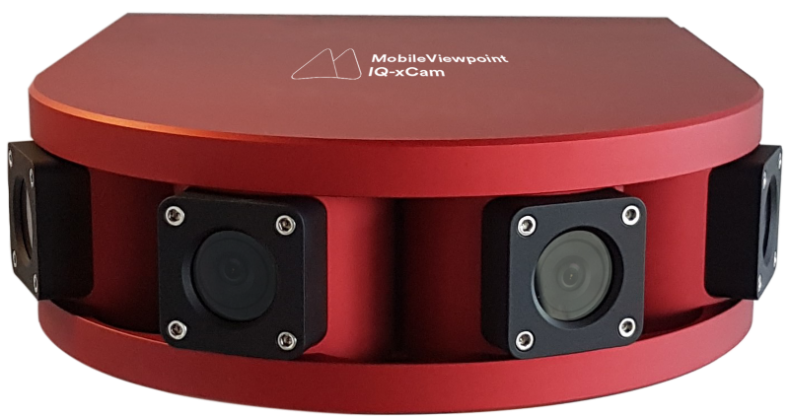 Designed for use by single operators in the field as well remote productions, IQSP was designed to reduce the complexity and cost of delivering live and on-demand sports, aiming at lower leagues, training sessions and university productions for which live production was previously too costly. As such the platform has potential once live events resume, because there was already evidence of growing demand among lower tier sports for content production exploiting the ability of streaming to reach targeted, often local, audiences.

Mobile Viewpoint developed IQ Sports Producer to capture, stream and re-publish sports events as easily as possible, aiming not just to reduce costs but enable use by players and coaches, for recording training sessions as well as games themselves. Content producers can use IQSP systems to support up to three 180-degree panoramic 4x4K cameras to capture on-field action. The output can utilize AI-based algorithms to follow the action automatically with unattended zooming and game tracking.

IQSP supports three additional virtual streams that can be defined within the system to follow the action of choice. This, the firm argues, creates a high resolution viewing experience similar to a professional set-up. Users can drag and drop varied fields of view into the image, and add overlays including scoreboard content, sideline and goal views, as well as enabling instant replays with automatic summaries and highlights. Operators can select and analyze other streams from the field of play, during and after the event.

Designed for broadcast and web streaming with real-time highlight clipping, IQSP Pro features a Mobile Viewpoint IQ-xCAM four-lens panoramic camera system that shoots 4K at 60fps. Housed in a ruggedized, IP66-rated enclosure, it offers a F2.2 aperture with 5mm focal length, plus interchangeable lenses and a choice of central camera.

IQSP Plus is a more streamlined version of the system for live sports streaming to the web. Housed in an IP67-rated enclosure for reliable operation in poor weather conditions, its panoramic camera uses four CMOS sensors and four 4mm fixed lenses to capture the action in 4K resolution at 30 fps.