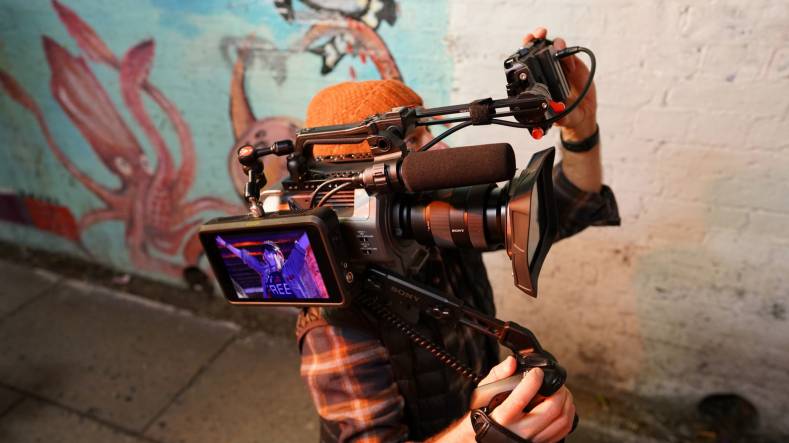 Atomos’ Shogun 7 monitor-recorder was used with a Sony FX9 camera to shoot a new music video for the band Cornershop.

'St Marie Under Cannon' is the first single from Cornershop’s new album, ‘England is a Garden’ and the video for the song was filmed by Alan Stockdale of Foundlight Productions using the Sony FX9, with the Atomos Shogun 7 utilised for on-set monitoring and external Apple ProRes recording.

Alan & Chris Curtis (Director) were given the challenge to film part of the new music video that visually complemented the colorful, upbeat vibe of the new single.

“The Sony FX9 really does produce an amazing image and the Shogun 7 displays it perfectly in HDR or SDR,” said Stockdale. “I shot on the Sony FX9 and recorded ProRes files straight onto the Shogun 7’s SSD. Using a wireless transmitter, I was able to send the image to the director on his monitor – an Atomos Sumo 19. He then loaded up any creative look-up tables that he wanted to see, as well as being able to view live in HDR.”