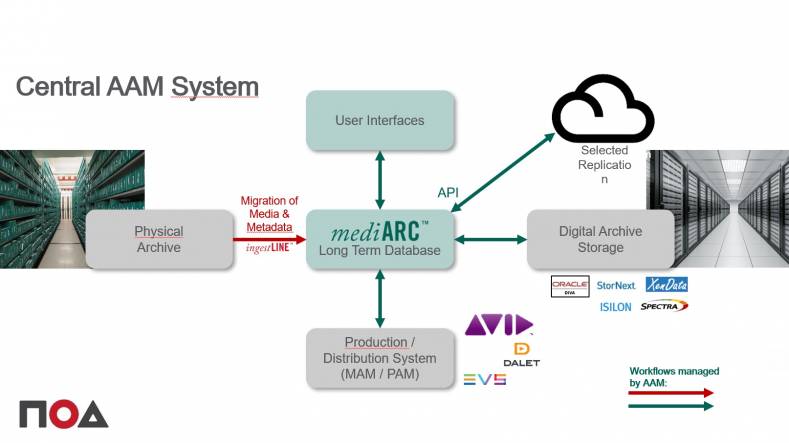 The governmental organization, dedicated to media industry development in the United Arab Emirates, is working with NOA on the integration of Avid Interplay into its already installed NOA mediARC AAM system at several of its regional stations.

With this bidirectional Avid integration, SBA is embarking upon a company-wide approach to organizing archival assets through a WAN infrastructure that interconnects multiple locations. It will use NOA mediARC to drive the workflow from several sites in parallel and centrally store all content within its AAM. This step adds a layer of “well-structured” metadata to production content, and ensures the workflow conforms to the OAIS standard.

Specifically, SBA has initially added licenses for the addition of Avid MediaCentral Connector, Real Application Cluster of mediARC (based on Oracle), and Enhanced Disaster Recovery Functions between its two sites Sharjah and Al Dhaid. The broadcaster can expand these licenses for the interconnection of several locations as required.

Scheduled for completion in May, the upgrade will ensure the organization has all processes streamlined from one archive-centric point. It’ll also offer the possibility for users to run mediARC metadata in a real cluster, including failover, toward the second site.

“The integration of Avid Interplay into several of our regional stations to one central company-wide NOA mediARC archive will help us establish a more efficient process,” said Aisha Alzaaref, director of broadcast IT at SBA. “In addition, the redundancy enabled by the new setup, makes us feel really secure.”

“NOA is increasingly leaning toward an advanced systematic approach to archiving and SBA’s upgrade is a perfect example of this,” added Jean-Christophe Kummer, NOA managing partner. “The integration of Avid Interplay with NOA mediARC ensures a more proficient operation and provides a long-term approach to media preservation.”

In 2017 NOA installed its AAM system mediARC at Sharjah Media Corp. for the digitization and management of SMC’s entire legacy video archive consisting of 140,000 hours of Betacam, DigiBeta, U-matic, One Inch, and MiniDV tapes to SMC’s. This represented the first project for NOA in the country. The same year, the companies signed a multi-year service maintenance agreement confirming SMC’s trust in NOA solutions and a long-term partnership.