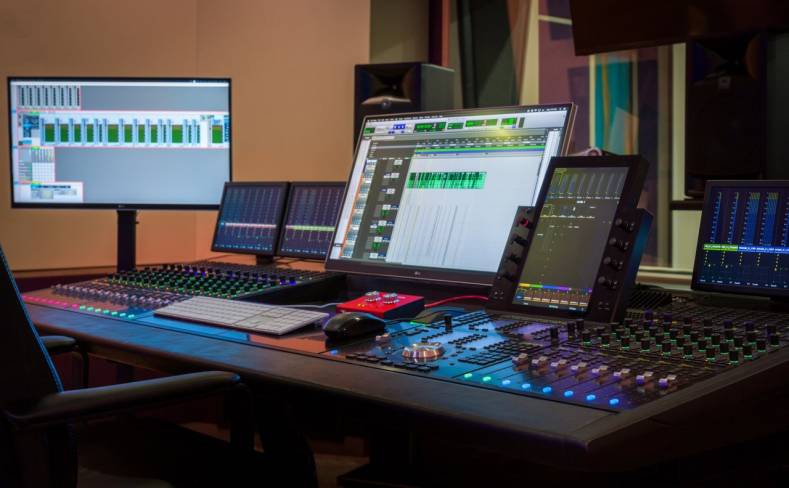 Voxx Studios specializes in localization, language dubbing, Dolby Atmos 7.1, 5.1 audio mixing, ADR, translations, adaptations, subtitling, closed captioning, sound design and editing. When it opened five years ago, there were no facilities on the west coast doing long-form series dubbing from Latin America into English and Brazilian Portuguese. Voxx nurtured a new breed of professional acting talent in LA and the business took off.

It has three audio recording facilities and uses Avid Pro Tools running on Apple workstations exclusively. The largest facility is a Dolby Atmos mix studio with facilities for ADR, dubbing, and recording music. An adjacent facility has six PT studios running 10 hours a day in parallel. These studios perform the bulk of Voxx’s day to day language dubbing. The schedule is always busy and there is no time for systems and operators not to be running at 100%.

For shared storage, Voxx initially deployed a NAS system connected to all the Pro Tools workstations. However, it gave the team a lot of headaches during the first two and a half years with frequent system freezes in the middle of sessions and occasional hard crashes.

“We had problems getting all the studios running at the same time,” said Silviu Epure, General Manager at Voxx Studios. “The spinning beach ball where the Mac locked up frequently was the worst, because it stopped engineers and directors in their tracks. It interrupted the creative flow of the actors and caused a lot of tension and frustration.”

To solve the problem, the team did a lot of research and went looking for shared storage solutions at NAB. Ultimately, they purchased the 48TB Facilis HUB 8 for the large Dolby Atmos mixing room and the 65TB Facilis HUB 16 for the six Pro Tools studios in the adjacent building. Both systems are connected to the house network via 10Gb ethernet.

“All six studios are now running in parallel connected to the Facilis HUB server. We store both media and Pro Tools sessions on the system,” says Epure. “We’ve not had any more complaints from the editors and most importantly, we’re no longer seeing system freezes. That was one of the biggest things we had hoped to see with this installation and as a result our engineers are now much more productive.”

According to the vendor, in order to get excellent video performance, some shared storage systems optimize by increasing the minimum size of a block of data. It’s common for users of these systems to complain that the size of their Pro Tools session has grown exponentially, because the default block size for writing data has been set artificially high to increase video performance. A small audio file saved to these systems may end up several times larger. The Facilis Shared File System works well with smaller files because it doesn’t require large block sizes to achieve the best performance.

“One of the reasons we chose Facilis was because we knew how well it interacts with Pro Tools. I’m happy to report that our Facilis servers have become a critical and reliable backbone to our day-to-day operations,” concludes Epure.