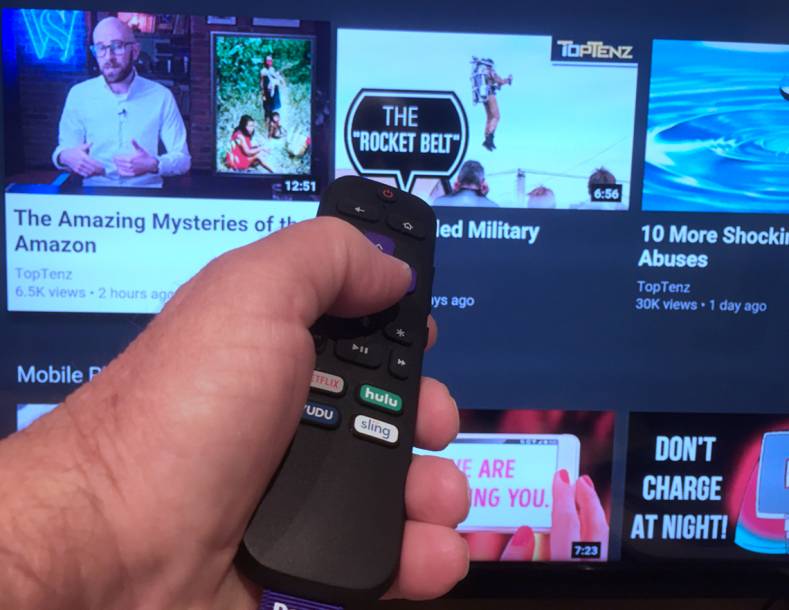 TV ratings and results depend on a fickle audience one twitch away from virtually walking out.

From the beginning of point-to-multipoint, commercial wireless broadcasting one century ago, broadcast stations have built and maintained the highest possible technical standards for consistent content creation and delivery, 24/7/365, long before QoS and QoE had names.

Thanks to tight FCC technical regulation and enforcement, along with standards and practices guidance from SMPTE, NTSC, ATSC and others, broadcasters are the gold standard for TV delivery that everyday viewers expect.

The challenge for all who post video files or stream live video on the internet, regardless of audience size and budget, is for their content appearing on the viewer’s display comparable to a major network TV affiliate. TV audiences expect well-produced, instant information and entertainment availability with flawless technical consistency regardless of the source.

The proven foundation for creative TV success is talent supported by engineering perfection. Ghosts, artifacts, glitches and interference were annoying problems that should have ended with the 20th century. Those familiar analog artifacts were replaced by digital pass/fail issues such as format and equipment incompatibilities, and once problematic destination IP video bandwidth issues. New technology, growing gigabit ISP footprints, manufacturers and the market, along with some US government funding, are resolving these issues, even in many rural areas. Glitch eradication work at all levels will continue until further notice.

An engineer is a person trained and skilled in the design, construction and operation of engines or machines. Engineering is to plan, construct and/or manage as an engineer. You don’t have to be an engineer to engineer TV, but it can be a big advantage. TV engineers build systems that are compatible, and they monitor, test and preventatively maintain them to check for potential technical issues, and fix trouble before anyone notices.

It’s much less complicated to plug TV gear together and make it work today than in analog days. The delivery of TV content over internet has become more complicated than traditional one-way RF broadcast transmission, but with a giant benefit. The IP connection requires TVs watching to report back to the source how and what it is doing, answering the biggest unknown in the broadcast industry, 'How does it look at home?' with real-time, real-world, receiver by receiver, end user reception statistical data. Those who answer TV engineering department phones and email know that blanketing a market with a strong signal doesn’t guarantee every viewer is receiving it clearly.

OTA delivery sometimes requires viewers to move their antennas or TV sets to make it work. The broadcaster’s responsibility for content delivery quality once ended at the transmitter antenna. Today, “It’s leaving here okay” is not enough. Today’s consumers plug things into the internet and expect them to work. If something doesn’t fulfill expectations, they complain. Some complain to the station. Others may gripe on social media.

Licensed TV broadcasters are caught in the middle, relying on OTA transmission and the internet to reach their audience and generate as much revenue from its TV and website sponsors as possible. The ATSC 1.0 business model has kept those entities separate. ATSC 3.0 expands on both with a hybrid path combining RF and the internet to offer myriad new opportunities for stations, viewers and sponsors.

The future of TV is in the infancy of its invention but its foundation is being laid in the US with more than 60 ATSC 3.0 stations going on the air this year. What hasn’t changed over time is the near-instant gratification viewers expect when they turn their TV on.

Content is King. Production values build the throne that makes the King look like a King. The internet proves that anyone with a video camera can create, post and/or live stream video content. The technique that can turn average internet video into real TV magic is production values, T&M gear and knowing how to use it, and manual controls to dial in the desired creative results.

Nearly all modern TV production gear has automatic settings available for adjustments such as levels and color balance for example, and automatic control makes shooting technically quirky, but arguably acceptable video easy. TV engineering magic is often outside the automatic zone, but it’s not always safe to go there if your only reference is your local TV display. TV magic, like stage magic, requires controlling what the audience sees. The secret is controlling what the audience never sees.

The tip of the TV engineering magic wand is the hand of the person who knows how to read a waveform display and has the time to focus and manually maximize the quality and properties of what’s being or been captured by cameras and mics. Using the TV screen stage space to its fullest and turning technical limitations into creative advantages is how TV engineering magic is made.

Only If You Tell ‘Em

Technical surprises come with the territory. The magic of TV and show business is that a mistake isn’t a mistake unless the audience notices. A good example would be a camera that fails while not on air during a live multicamera production. If no viewer or sponsor notices and nobody mentions the failure on the air, it didn’t happen.

Phrase “The show must go on,” originated in 19th century circuses. If an animal got loose or a performer got hurt, the band kept up the show’s momentum and audience’s attention. When a TV channel’s content goes awry it skips to the next event because attention spans are short, changing channels is easy, and live studio bands are expensive.

Other than being prepared to cut away immediately, operators, techs and engineers can’t control what happens before the action becomes data, and broadcasting electronics are notorious for failing at the worst possible moments, quite likely when the largest audience is watching. Why this happens is one of the least understood mysteries of TV engineering magic, but it’s karma you can count on. Essential TV systems rarely fail during regular business hours.

As the guardians of the TV engineering magic, the best that TV engineers, operators and techs can do proactively is to immediately respond before viewers can notice, don’t panic, and have alternate plans on hot standby just in case.

TV engineering typically operates under Plan A, which is critical observation, testing and preventive maintenance to identify and fix issues and potential issues before they air. Plan B is what to do when crucial gear or an interface fails, with guidelines and workaround plans in place that everyone involved is familiar with.

Plans C, D and E are alternate ‘If this - then that” scenarios and emergency plans for if Plan B fails. They should all be identified, documented, tested and ready, down to “manually switching with patch cables” if the switcher fails. It’s hard to invent and implement an impromptu plan when the station is off air and the staff is in full panic mode. The last thing station managers want is sponsors and competitors talking about how the station melted down on TV.

My predecessors and I had brought up the need for a studio emergency generator at every capex meeting and the owners were never interested. They always pointed out that statistically, the station fully lost power <0.00001% of time, which works out to a couple of random minutes each year, and for that small risk a massive generator wasn’t worth the expense. The brand-new GM couldn’t understand why the station didn’t have a generator and he was livid.

I kicked in my Plan B first thing in the morning on a hunch, thinking we could be approaching one of those “worst possible moment” failures later in the day. Also, it was easier to prepare for potential darkness while the lights were still on. We began routing just-in-case temporary emergency power cables from some key control room racks to the SNG truck in the parking lot for its generator to power vital master control gear and the studio STL. It inconvenienced some people and the new GM grumbled it was too much too soon.

Late that afternoon, the primary power feed failed. After it switched to secondary power, we quietly changed the power source for the network satellite receiver and master control racks to the SNG truck generator and continued seamless broadcasting. Sure enough, the secondary feed failed minutes later. The rest of the building went dark and quiet for the night except the beeping UPS systems, but most regular programming continued on-air as if nothing happened.

ENG trucks with onboard generators were used to produce live news coverage and inserts about the on-going ice storm from the station garage. There wasn’t enough generator capacity to power the studio cameras, studio lights, electronic graphics and prompters. Scripts were prepared on an old typewriter and the weather map started as a blank white board. Fortunately, the station SNG and ENG fleet happened to be fully fueled that day, and the meteorologist could draw a good map.

Across the market, most viewers lost power and couldn’t see TV broadcasts, but our Plan B succeeded. Our efforts received positive local press coverage and the crew produced a gritty but legendary, grass-roots news broadcast that few at home had the ability to watch, but everyone involved will remember. It was the topic of news promos for months.

The station installed a generator and transfer switch later that year.